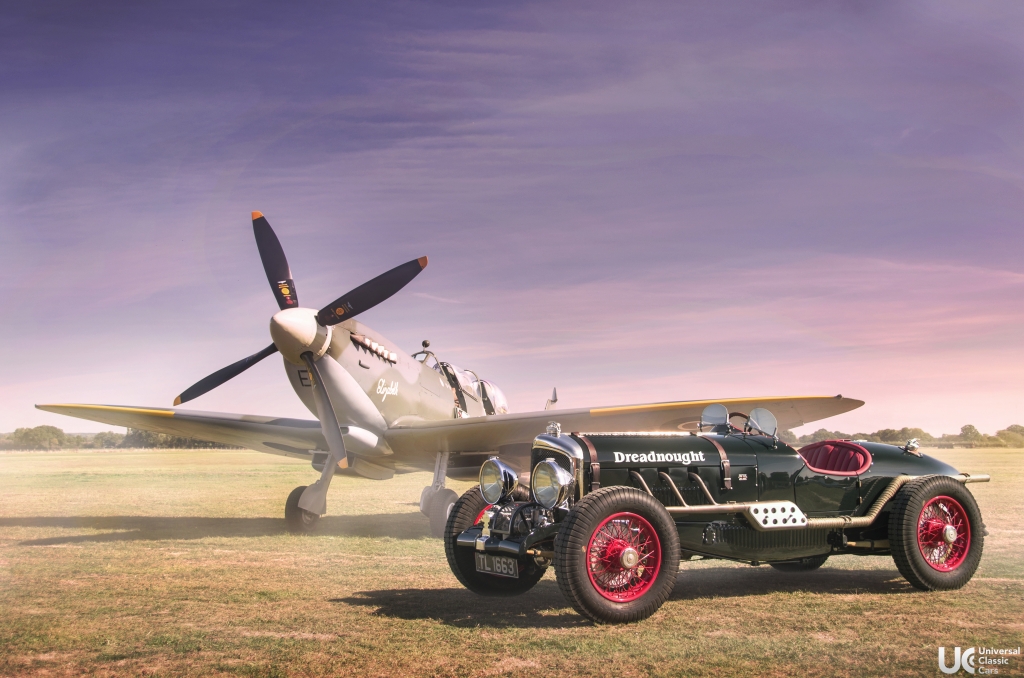 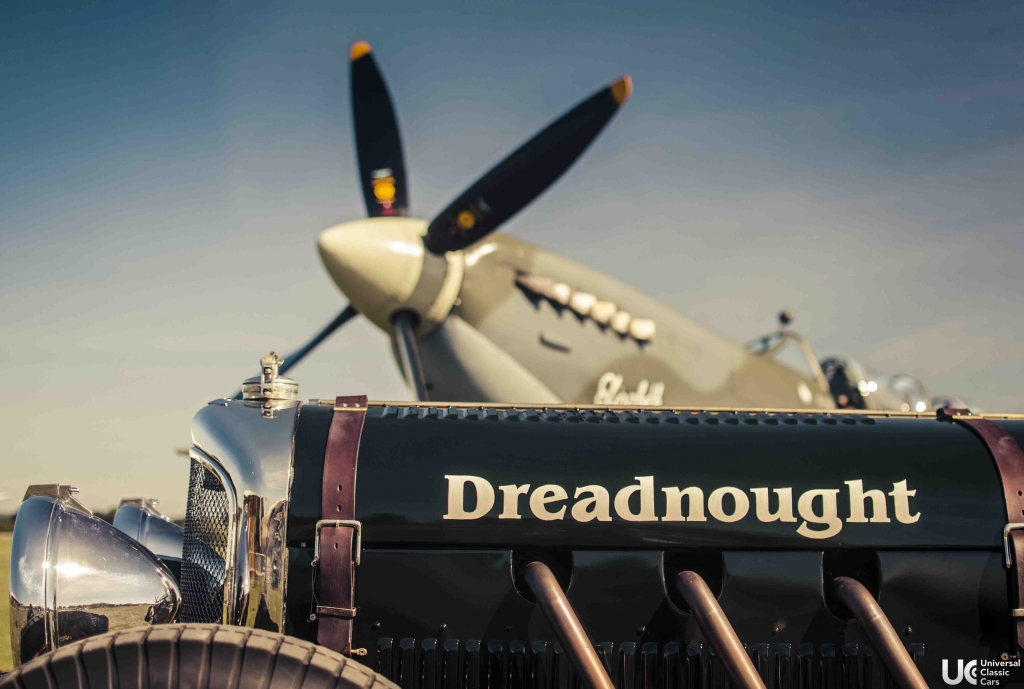 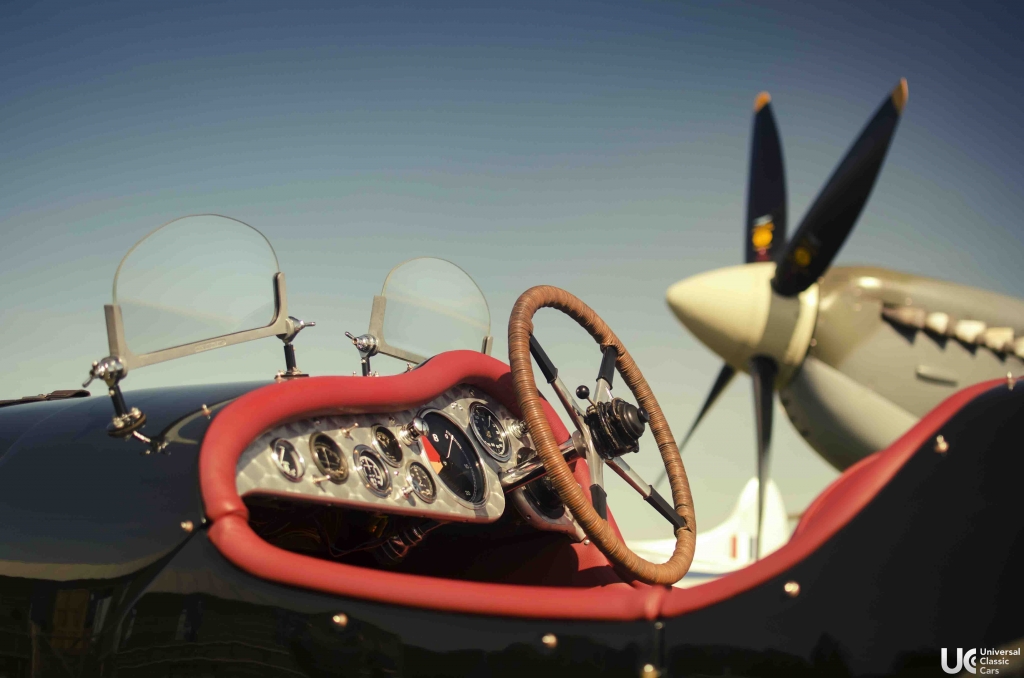 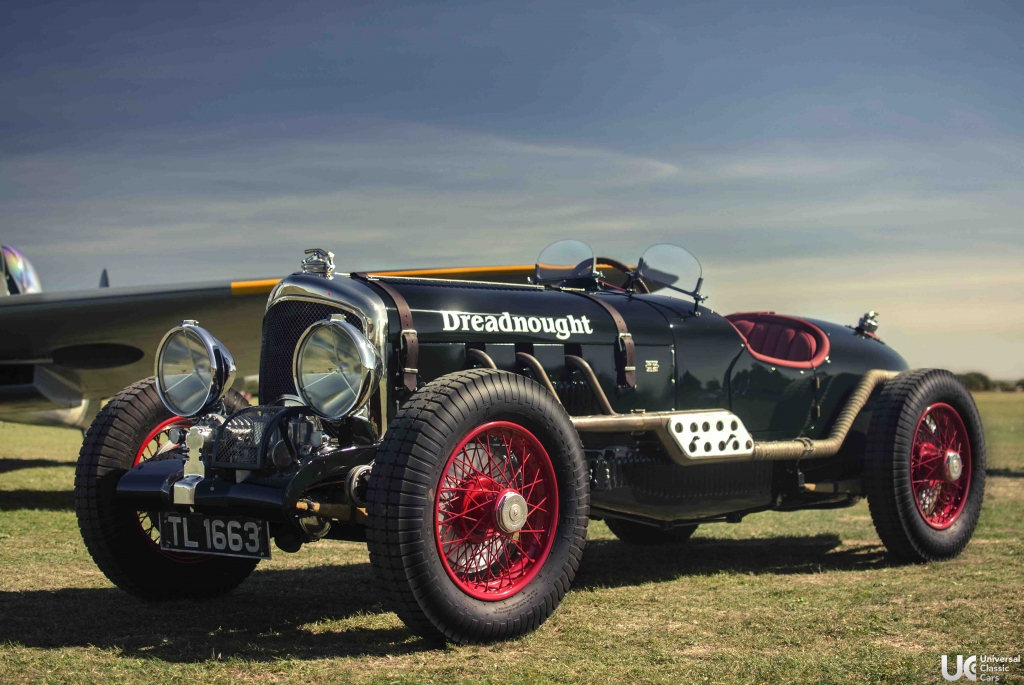 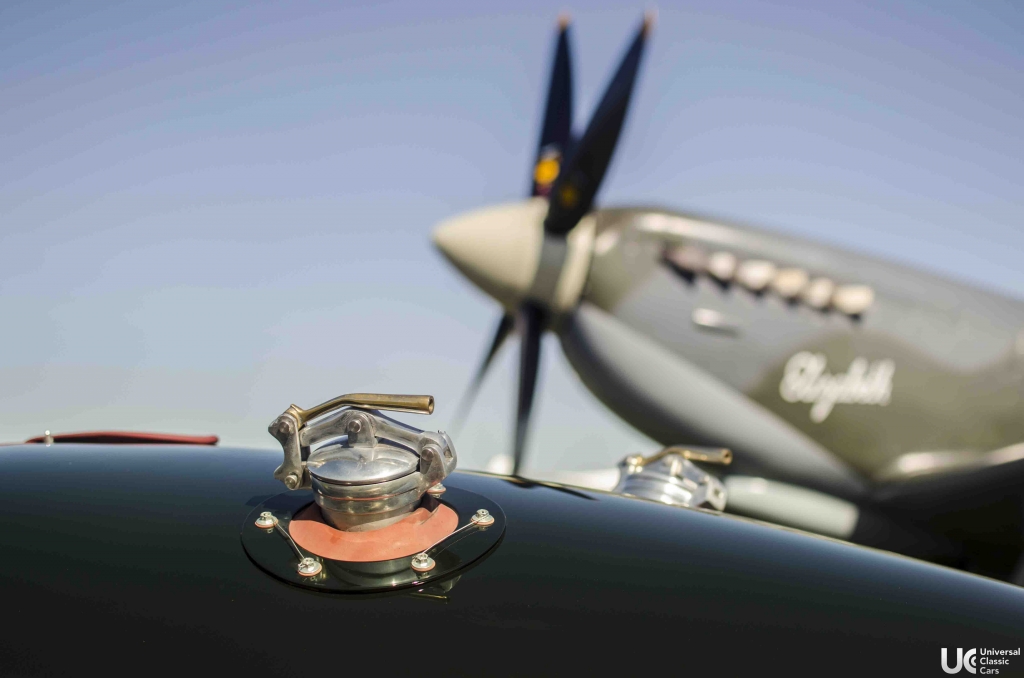 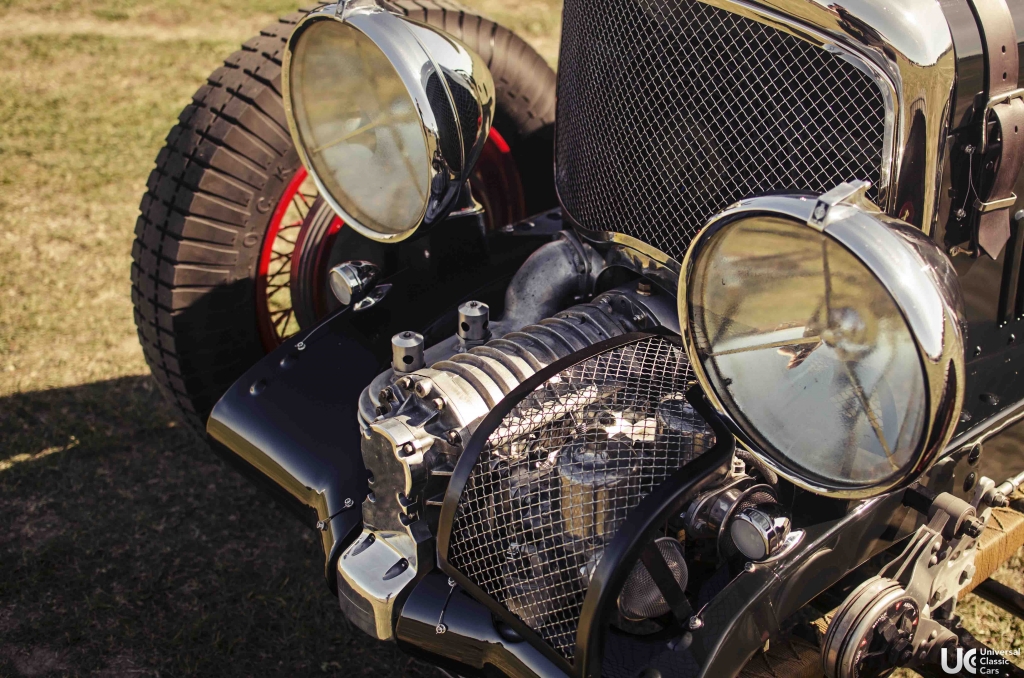 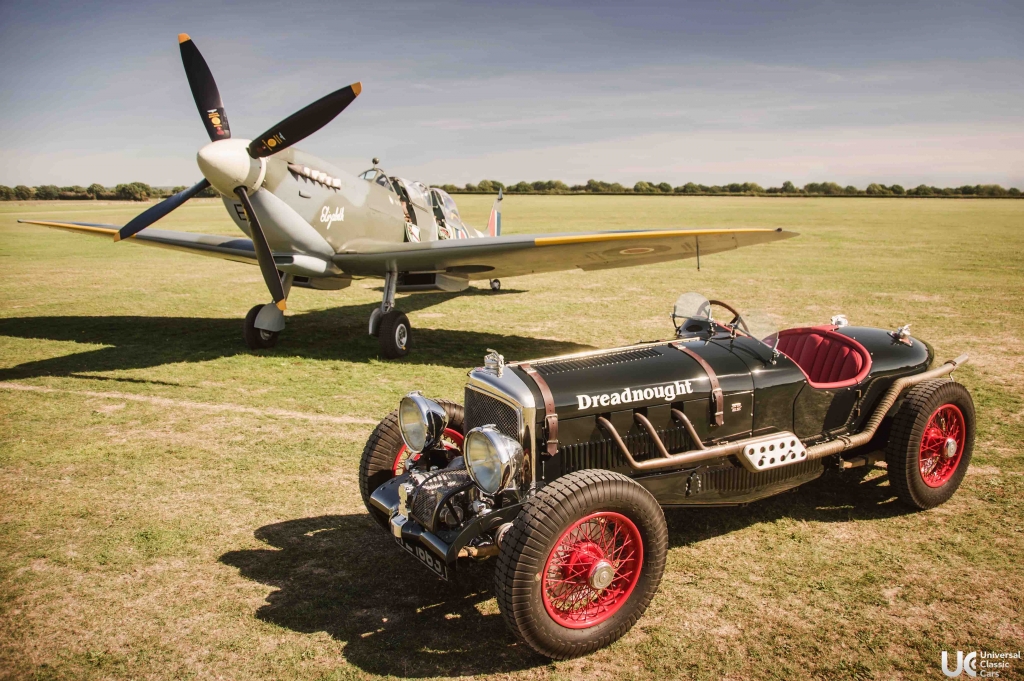 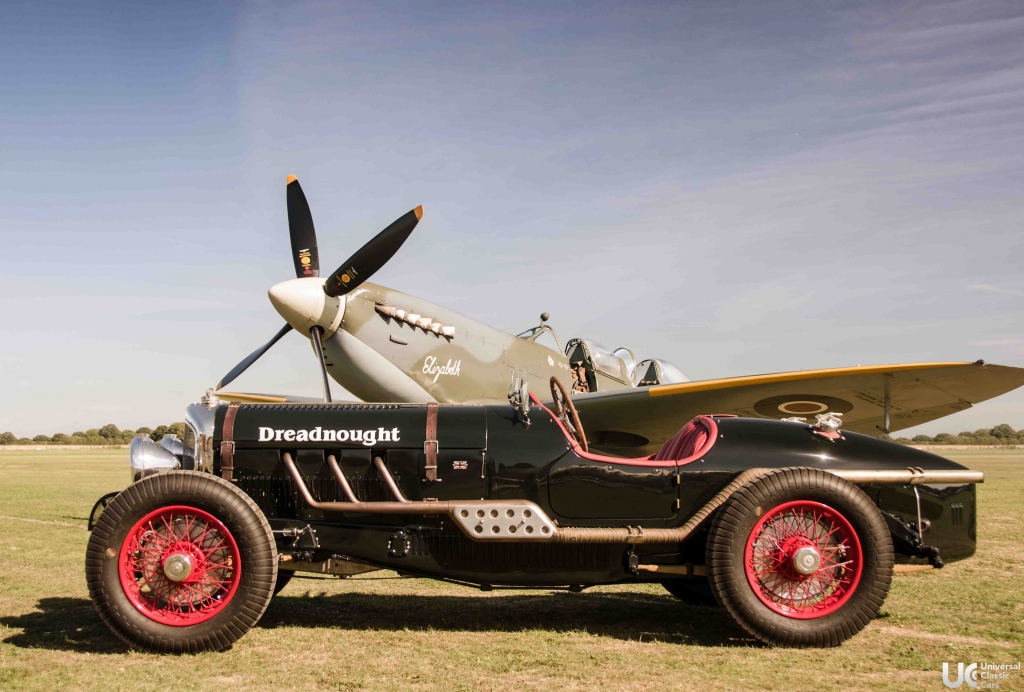 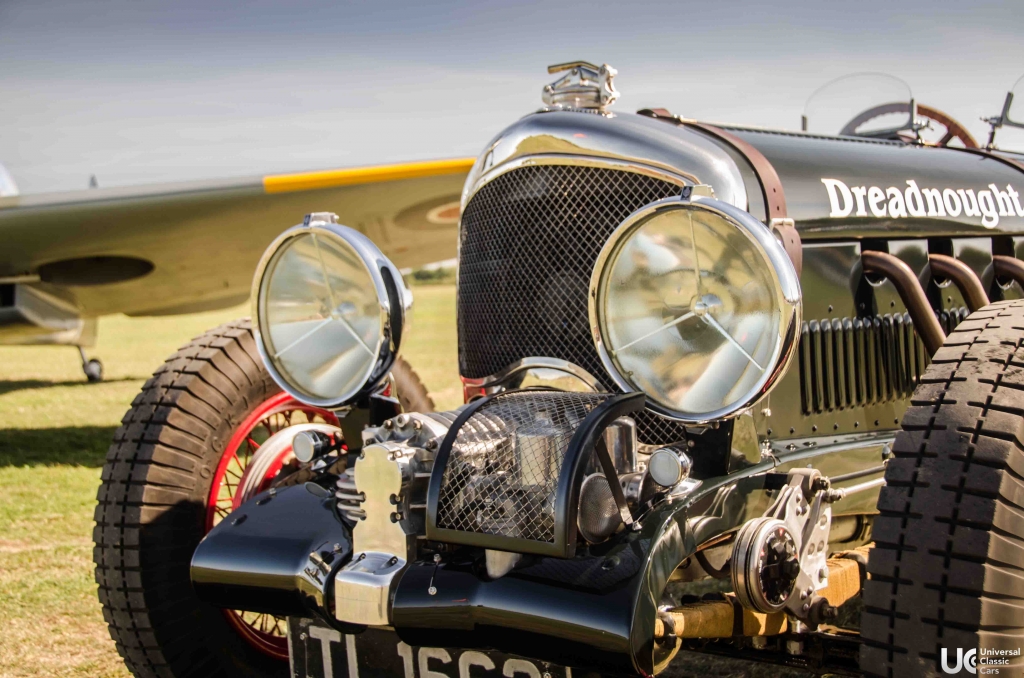 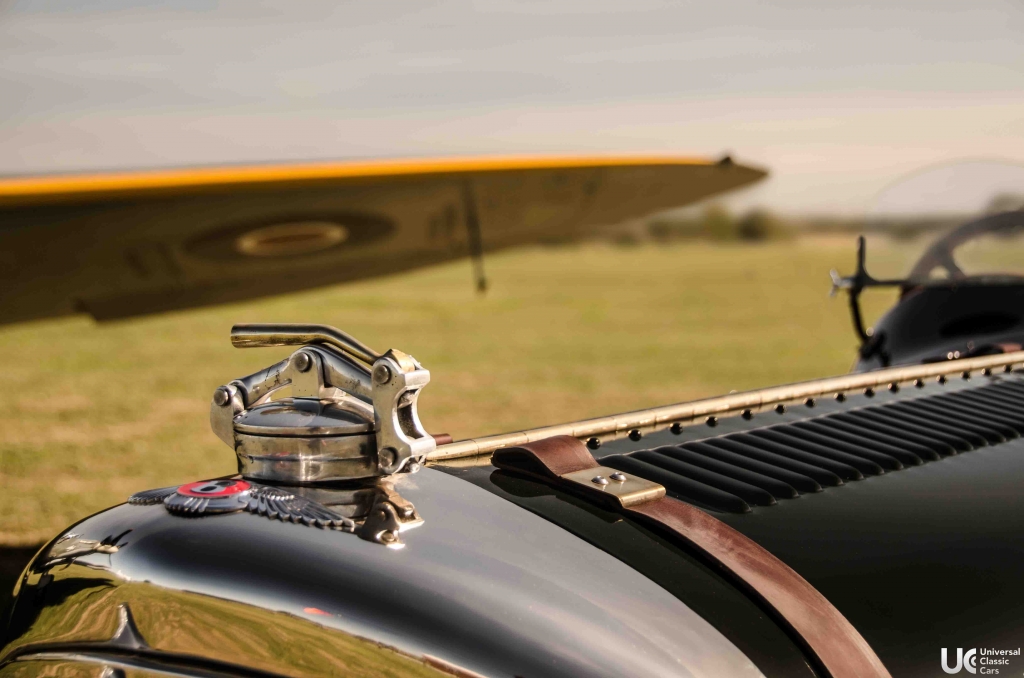 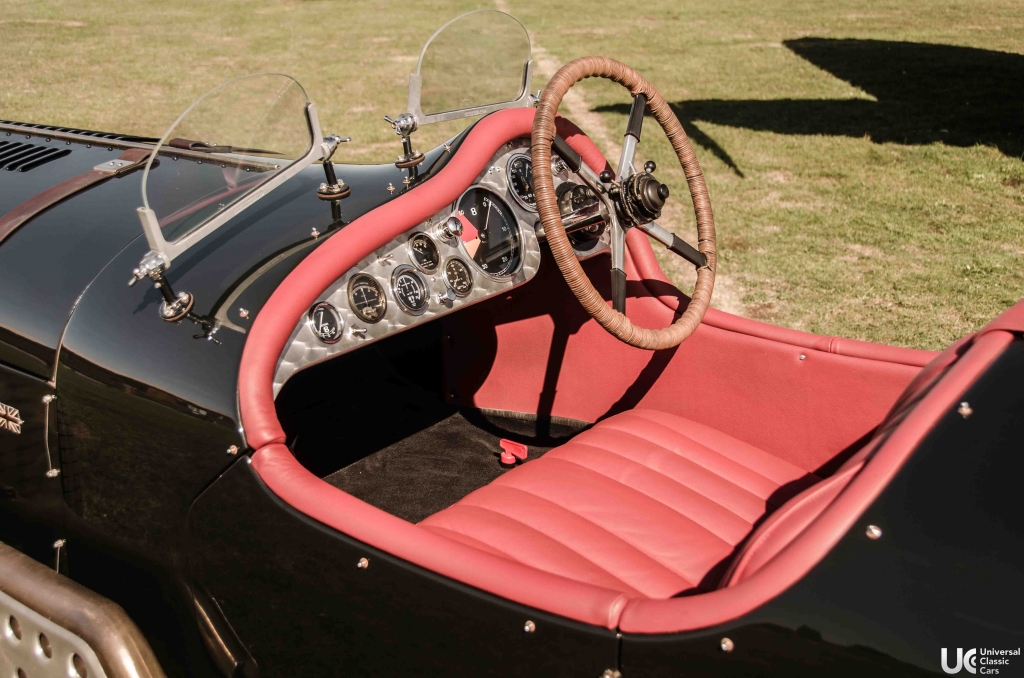 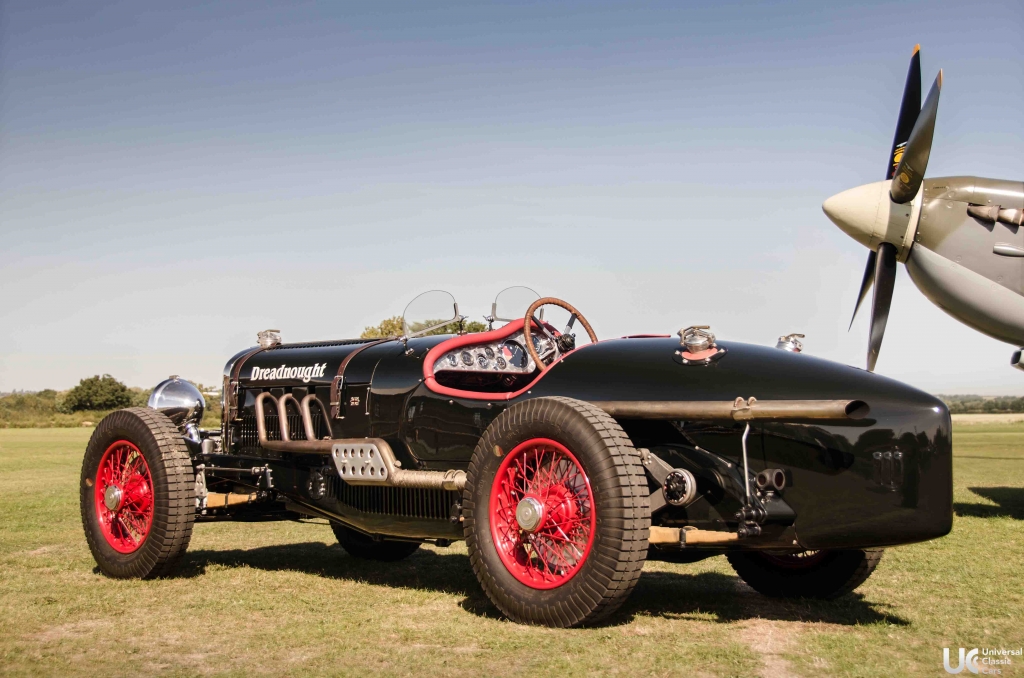 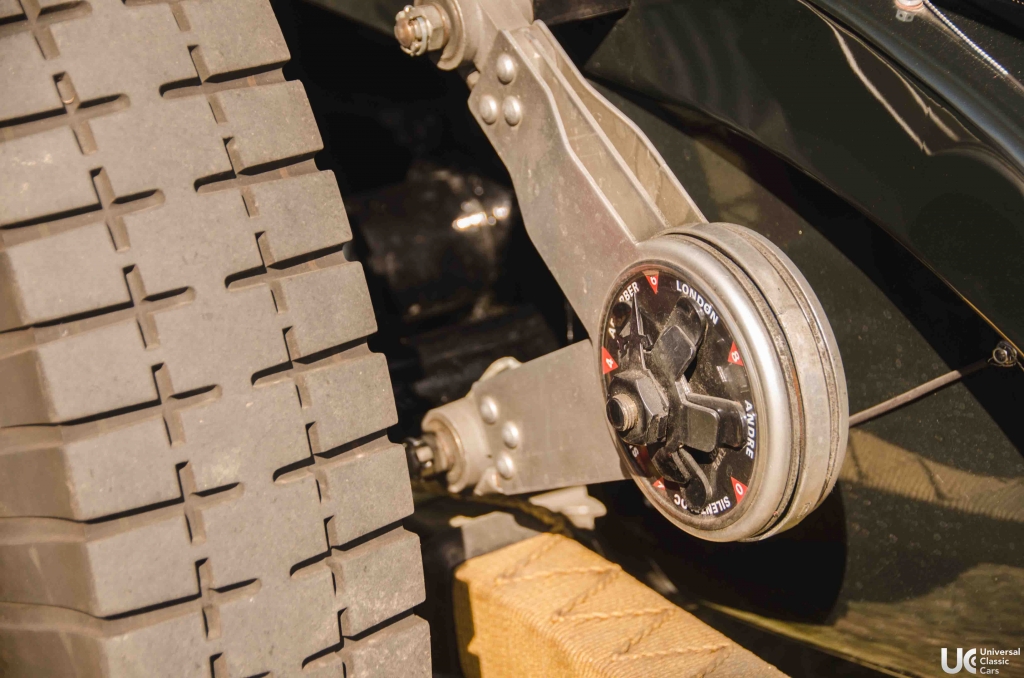 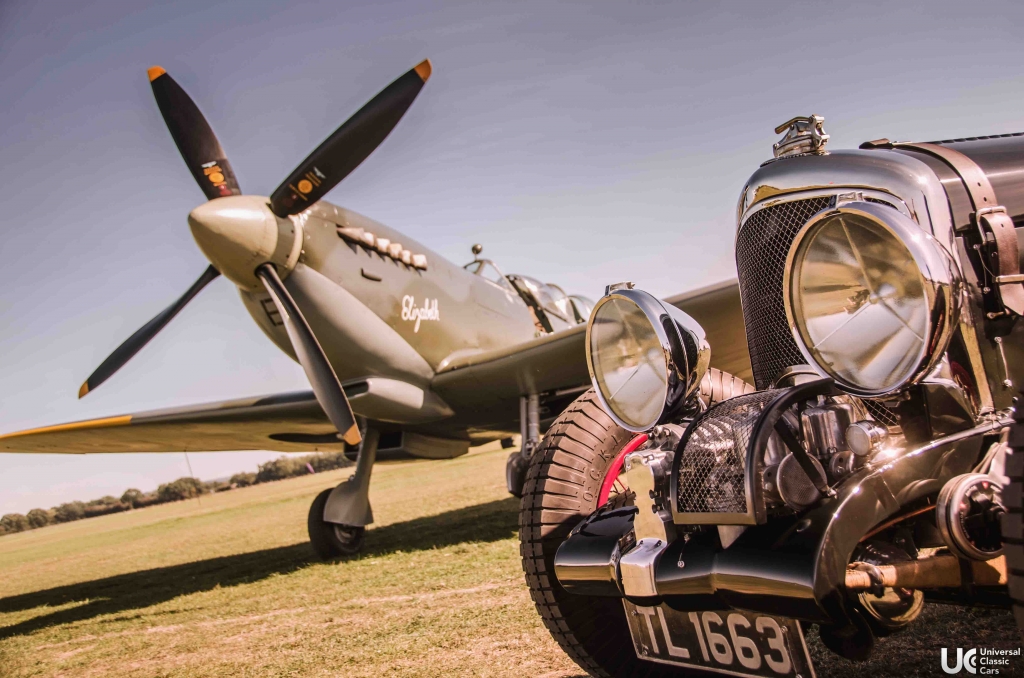 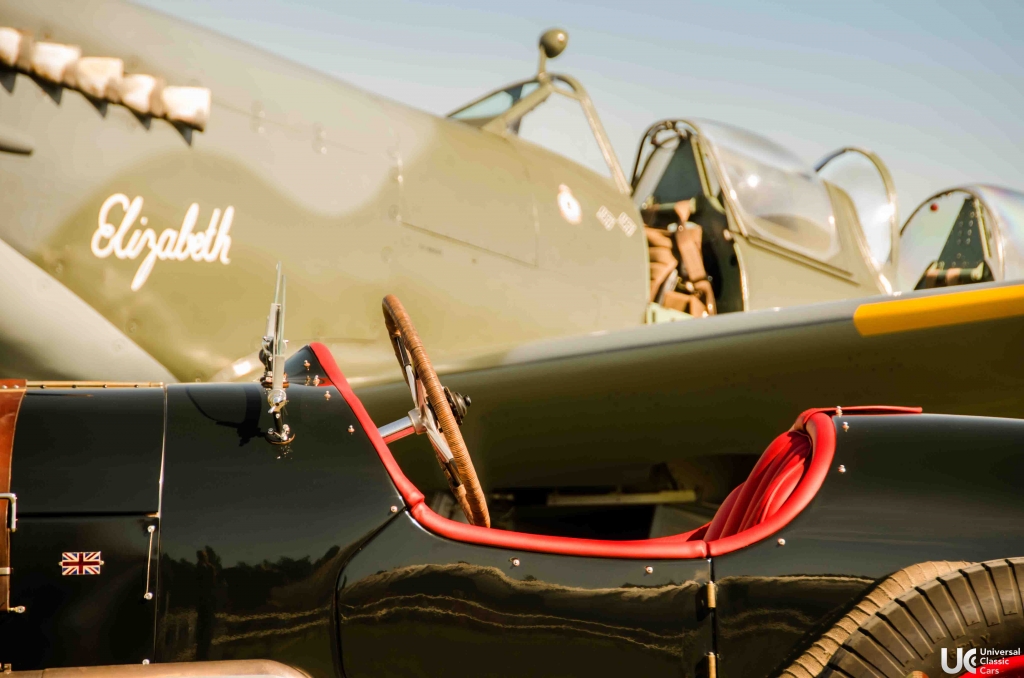 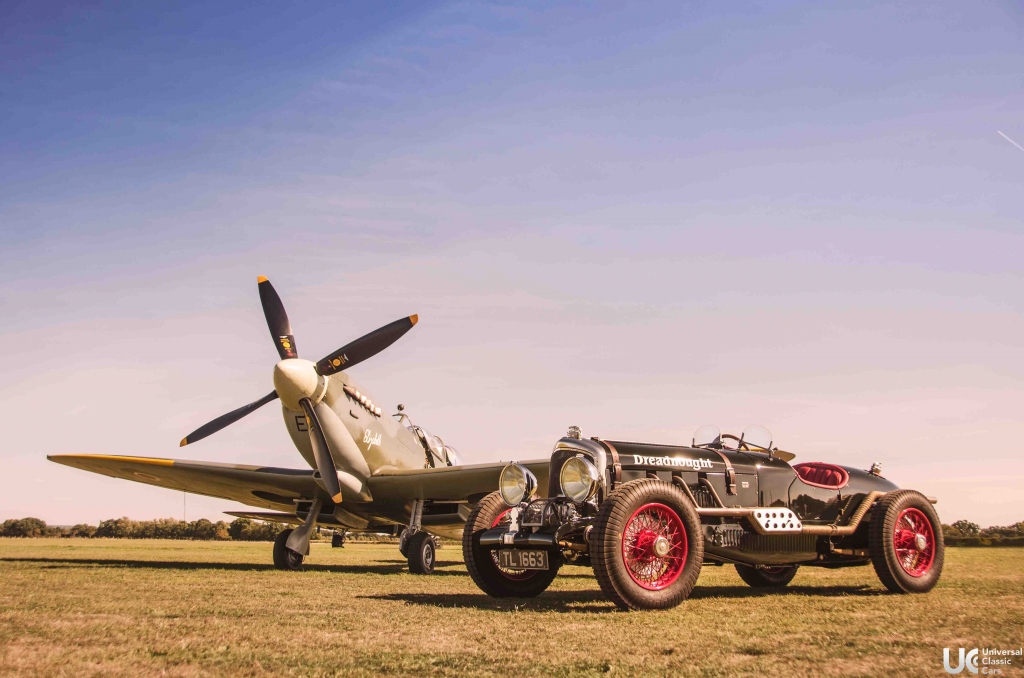 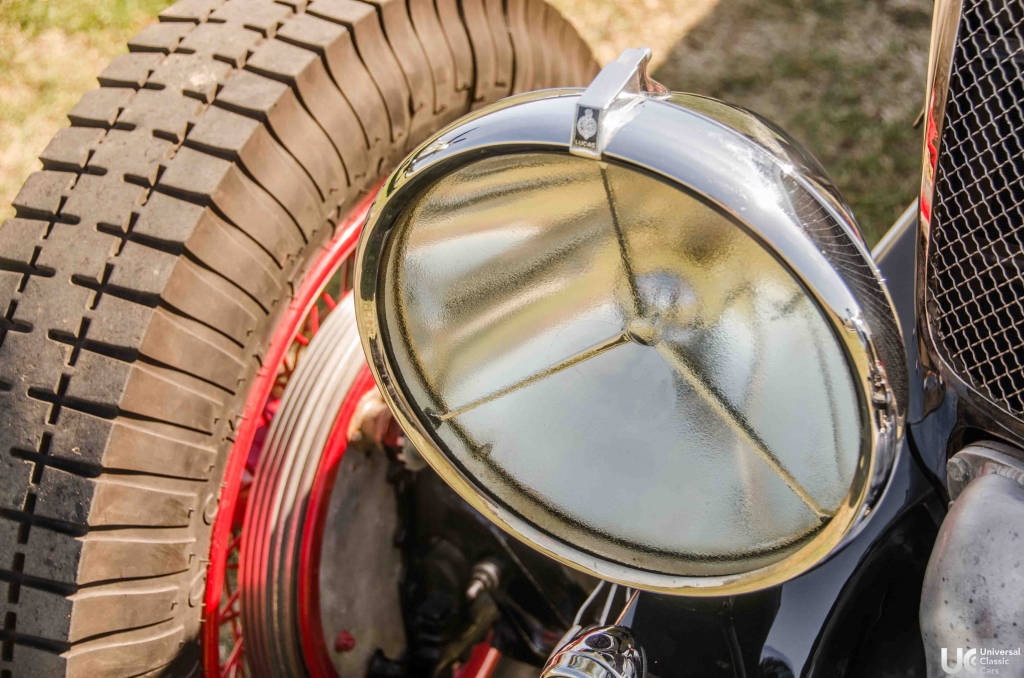 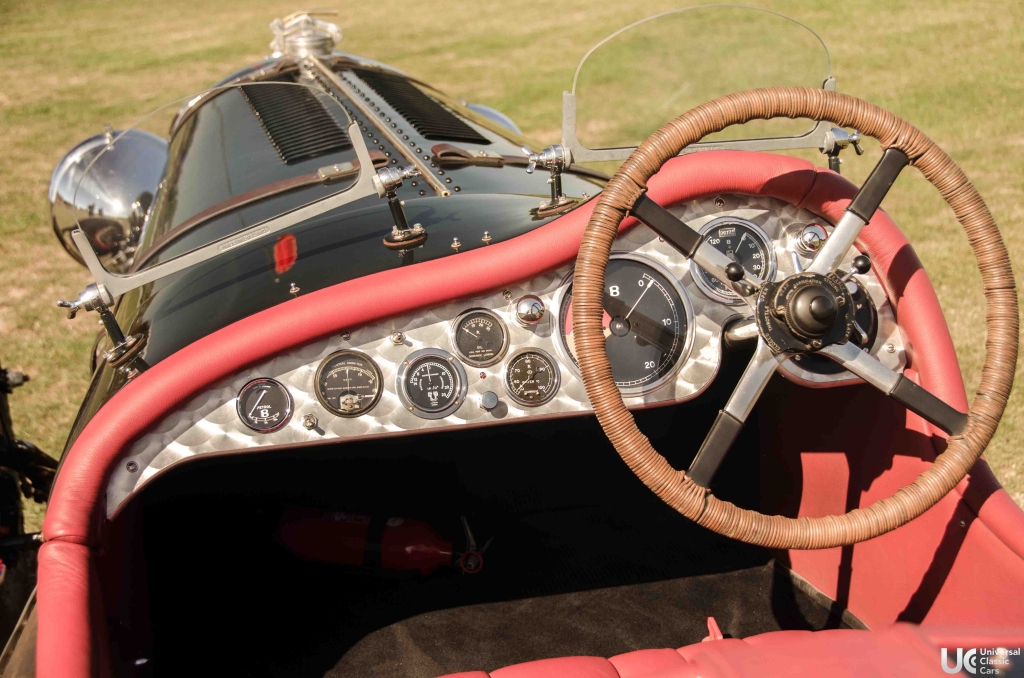 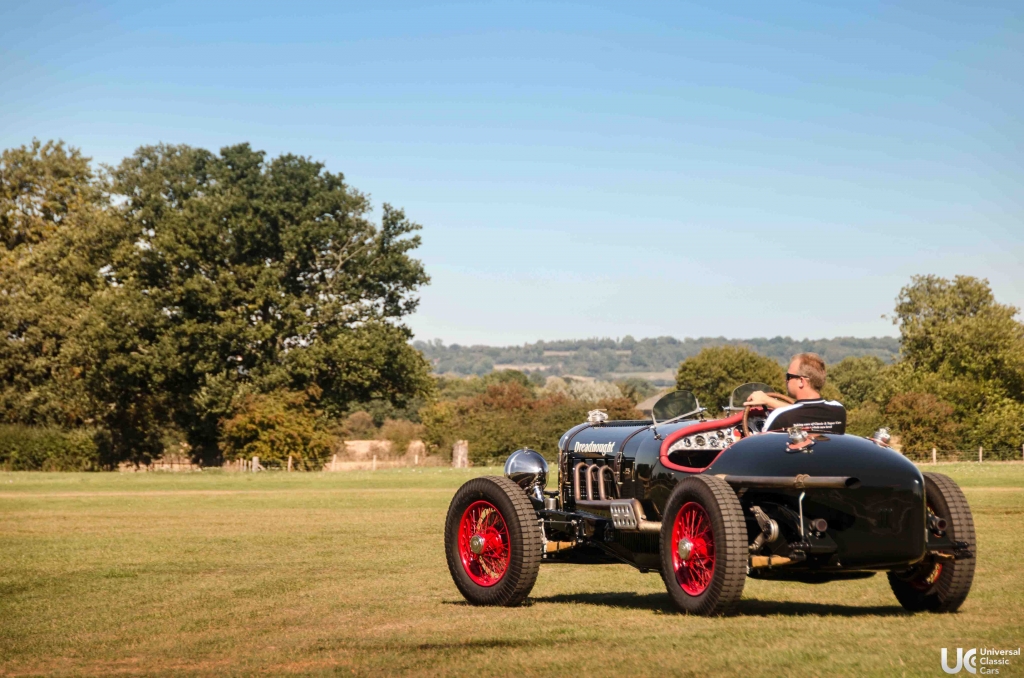 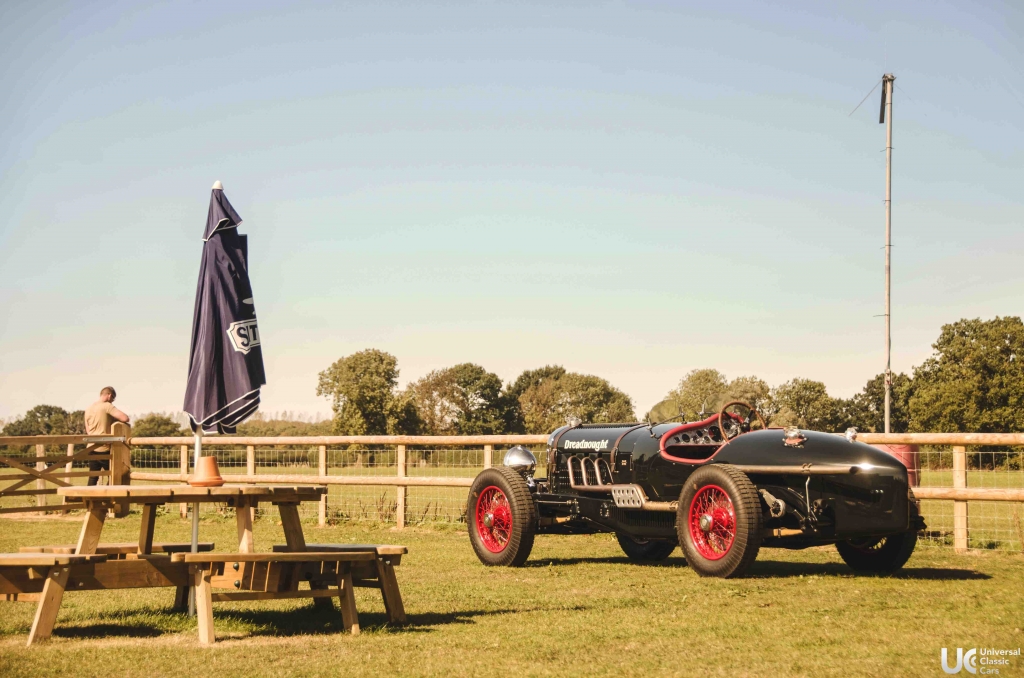 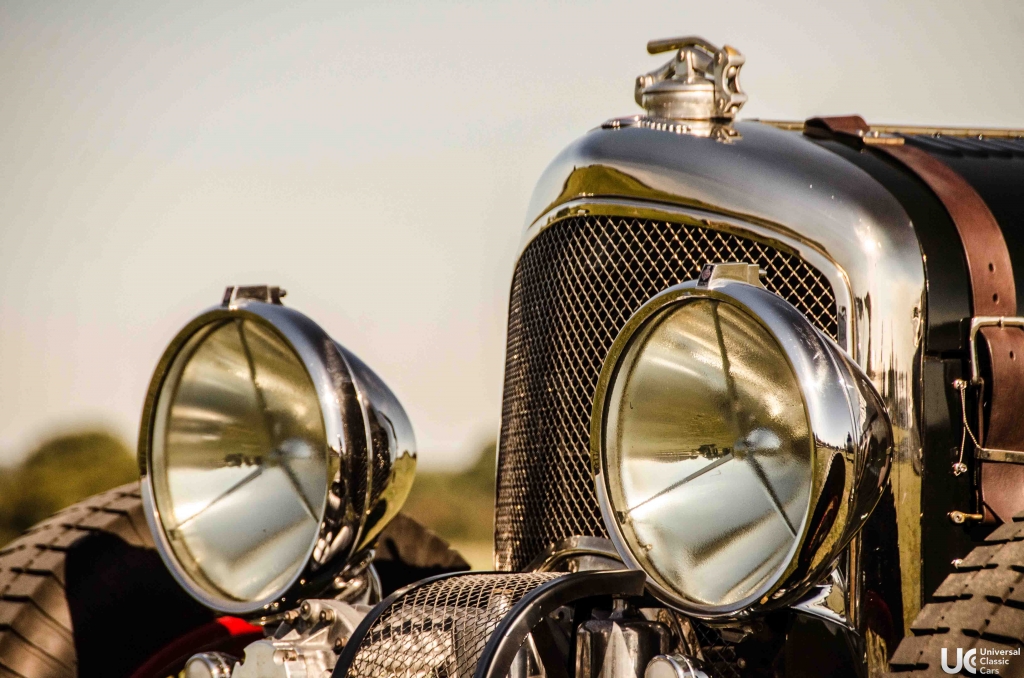 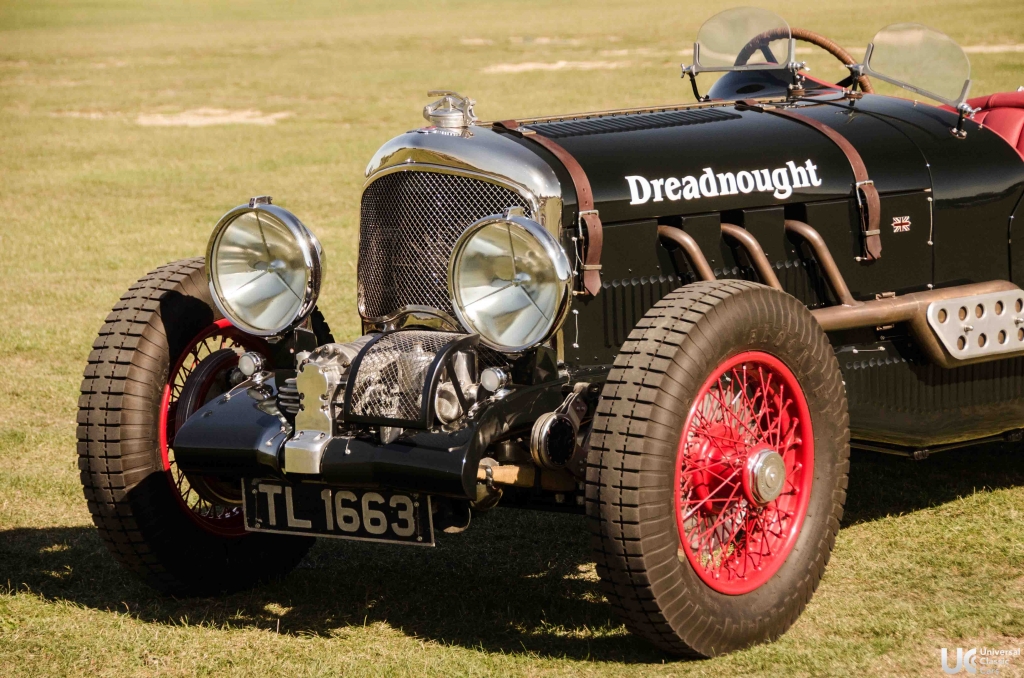 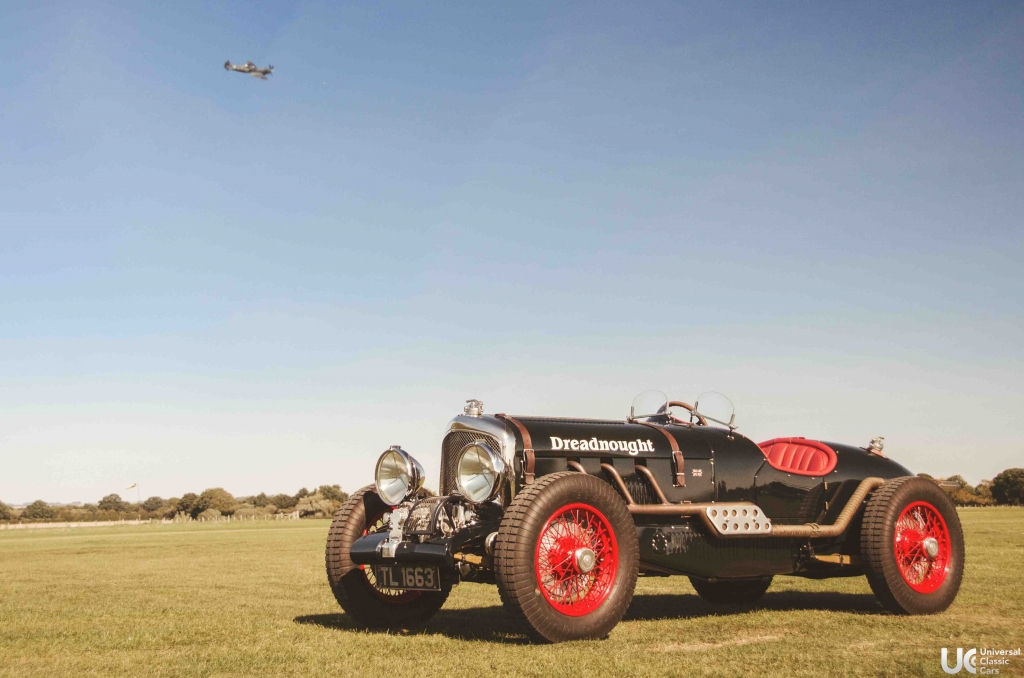 From the years 1931 to 1998 Rolls Royce had ownership of Bentley. From Rolls’ acquisition in 1931 to 1939, Bentleys were built in Rolls’ Derby factory, thus nick-named the ‘Derby Bentleys’. During this period Bentley had to follow strict compromises set by Rolls Royce and could never birth the road going sports car that W.O. Bentley desired. Derby Bentleys were perhaps ‘sporting’, but not ‘sports’ cars. This Bentley Blower, named the ‘Dreadnought’, is a vision of what could have been if W.O. had his way.

Bespoke Bodywork of Church Crookham, Hampshire are an aluminium specialist who concentrate on the restoration, fabrication, design and build of vintage and classic coachworks. In 2014 a 1930 Rolls Royce 20/25 rolling chassis was purchased to begin the project. It was first shortened and lightened to create a 108-inch ‘Super Sports’ chassis to match the wheelbase length of ‘20s Green Label WO Bentleys. The first essential addition was a period Godfrey Marshall K300 supercharger, mounted through twin 2” SU Carbs to its 3.7 litre Peregrine straight-6.

The engine has had over 700 hours of labour spent on it with every single aspect receiving inclusive attention. The steel crank and rods now have new white metal mains and big ends. It has new small end bushes specially made to receive lightweight forged pistons with thick crowns, to take the heat of the supercharged mixture. Bearings have been replaced throughout, compression is up, as is valve lift and duration. The cam is a one off, designed and machined from billet by Newman Cams. The new alloy head has been significantly upgraded, and vibrations are tamed by a ‘Rattler’ crank damper, maintaining the engine’s smooth nature despite the degree of tuning applied to it.

The Rolls Royce straight-cut 4-speed gearbox has been rebuilt and fitted with an AP Racing diaphragm clutch. A Laycock overdrive has also been fitted to give a 28% reduction in RPM, allowing 100mph plus speeds to be achieved with ease. A final dyno reading produced 190hp at 4000rpm and 300lbft. of torque at 1200.

The running gear includes immense finned alloy Alfin drums. The springs have been reset to give the car its idyllic stance, and the aluminium Hartford dampers are genuine racing specification items. Finished off with huge Blockley 204 compound tyres.

Its significant bodywork design has been hand crafted from grille to tail using traditional ash framing techniques and hand finishing of aluminium and steel. The design features a modern 4-core radiator built into its shell, and the aluminium twin-filler fuel tank and full undertray also add to the car’s practicality and driveability. The bodywork has been finished in a gorgeous dark shade of British Racing Green, with contrasting red wheels. This is finished off with hand-painted ‘Dreadnought’ writing on the bonnet and red leather interior trimmed in top quality hides by Trevor Norris.

To describe the extent of labour, thought and skills that have been performed in the creation of this car would be an enormous feat. The thousands of hours that have been put into the project have been all from a labour of love, and it is impossible to comprehend. Amongst its very extensive history report is a vast collection of photographs detailing every stage of the build. The file also comprises of the original Rolls Royce 20/25 documents from 1930 and history throughout its life. Invoices throughout this period are also present, as well as detailed receipts and information maintained by Bespoke Bodywork of the build. The sound and nature of this car is truly exquisite, with an incomparable road presence. Built for VSCC speed events, the car is also road registered and is the ultimate British beast.