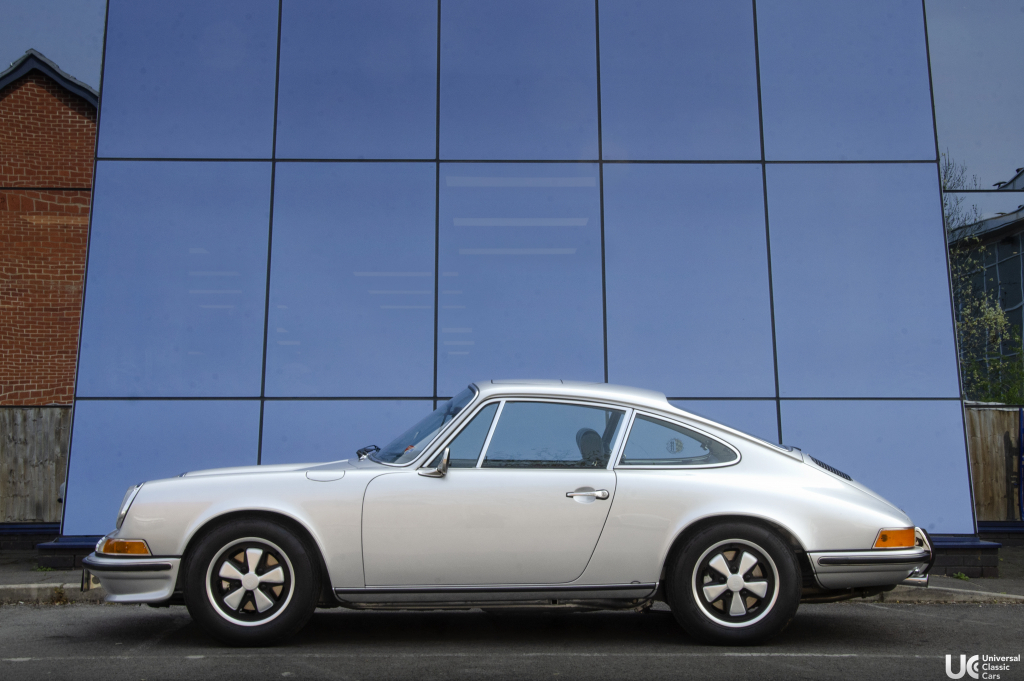 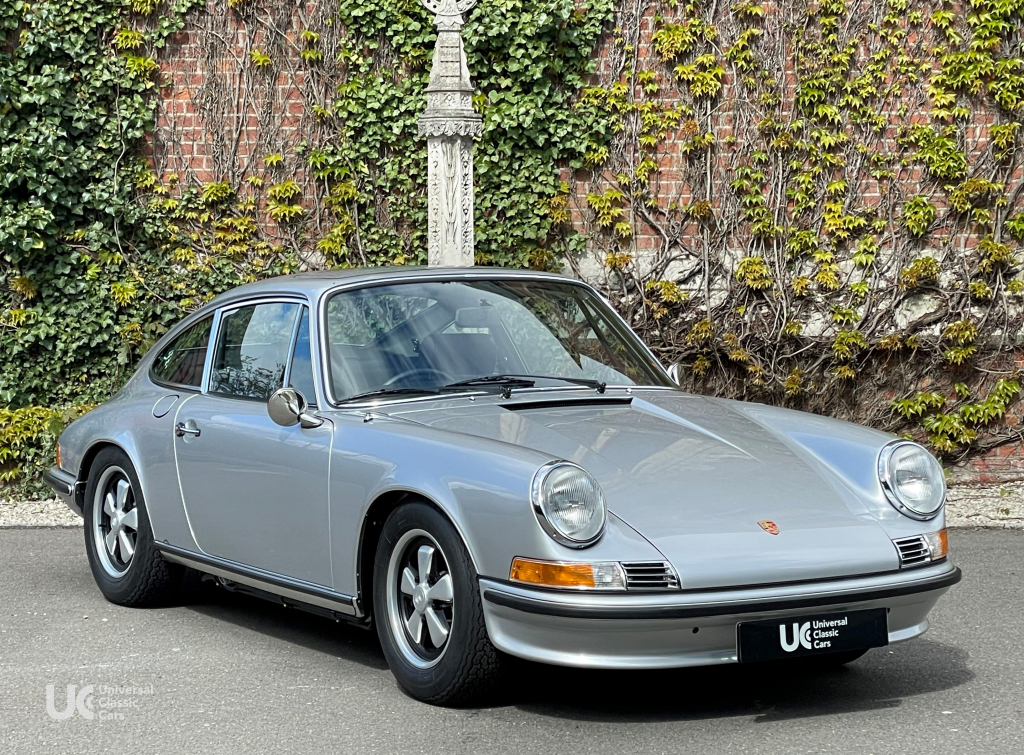 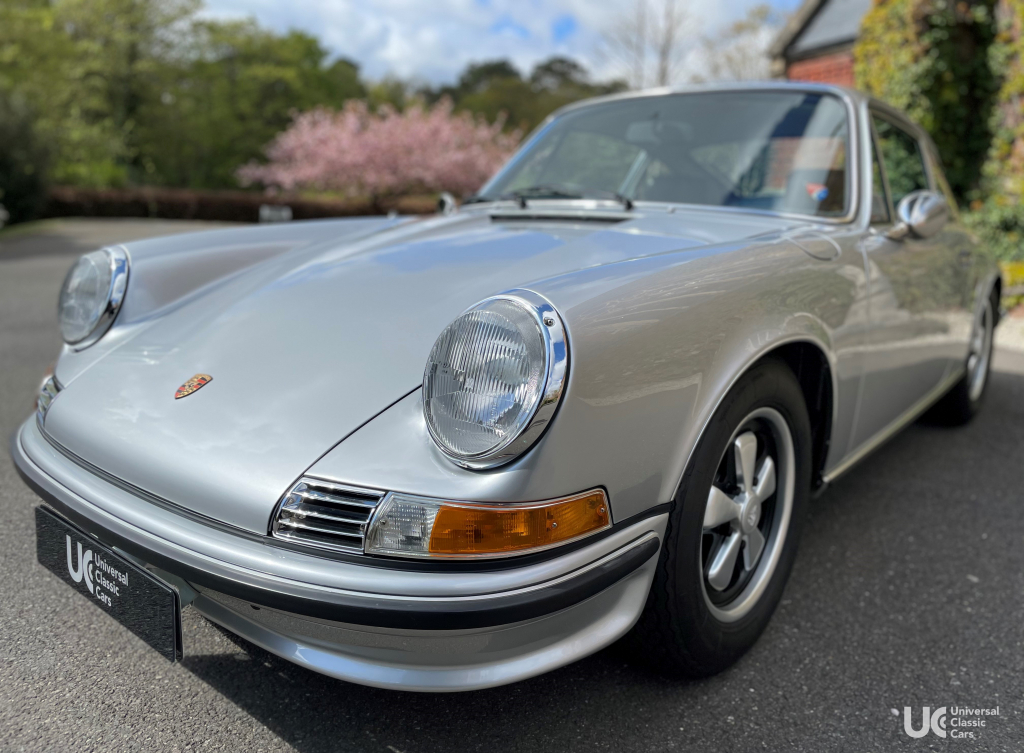 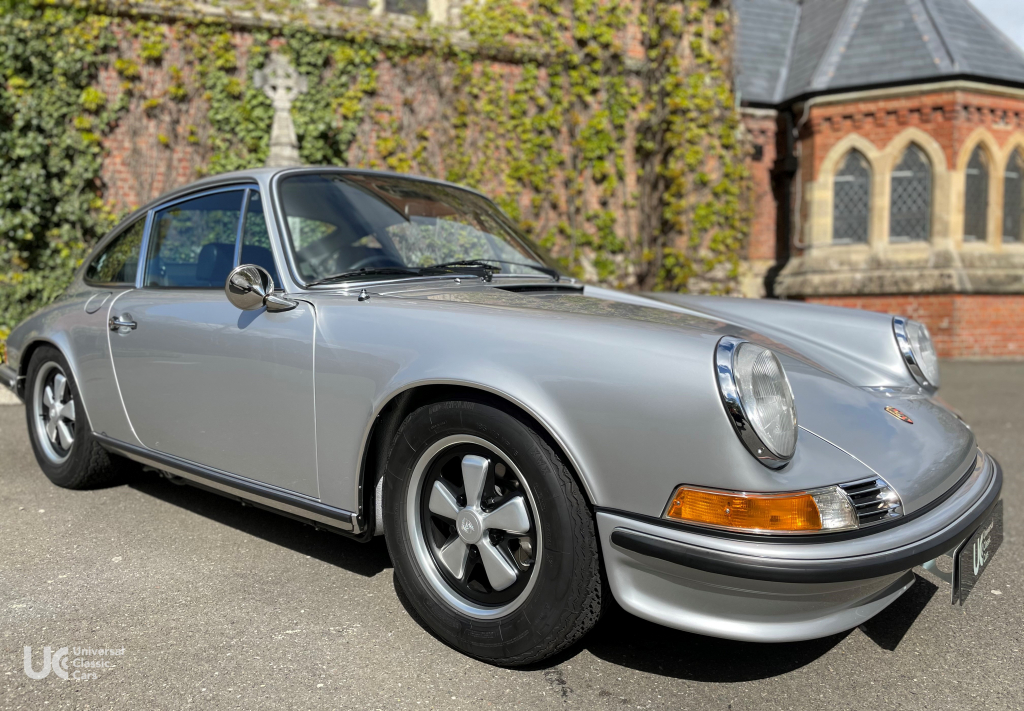 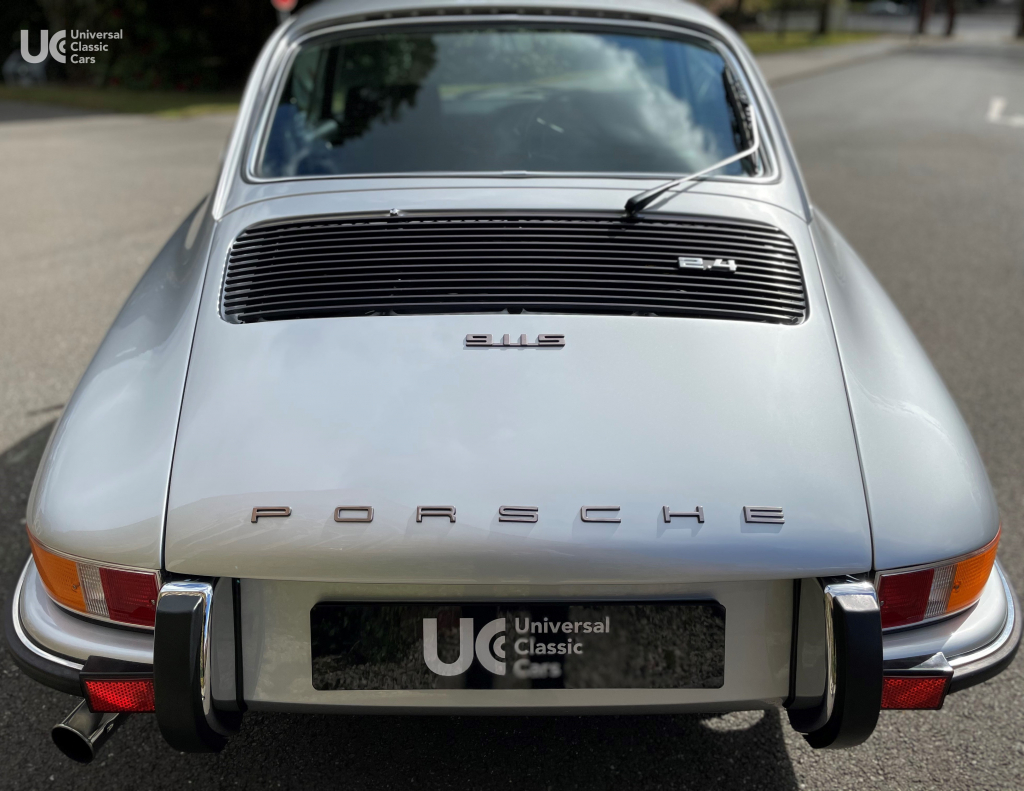 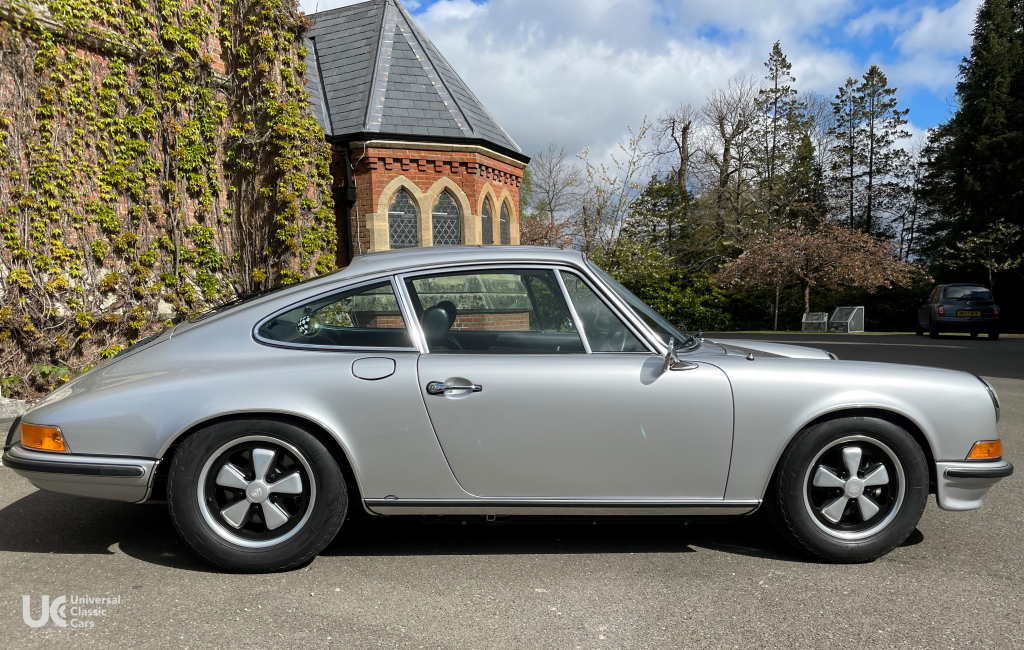 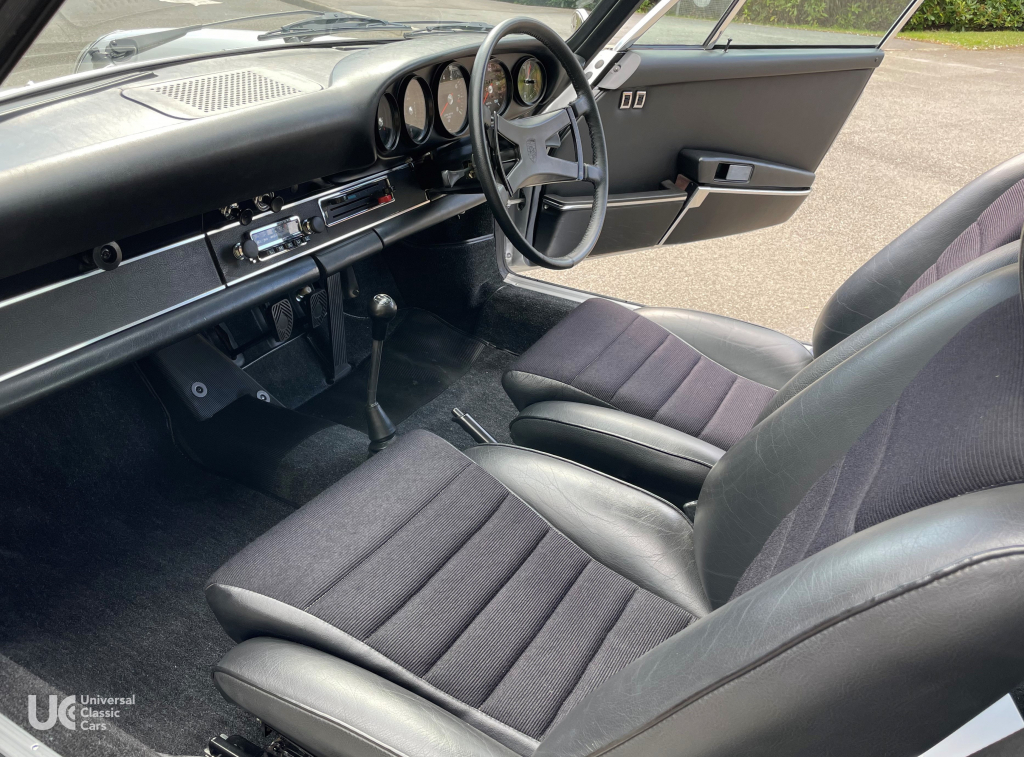 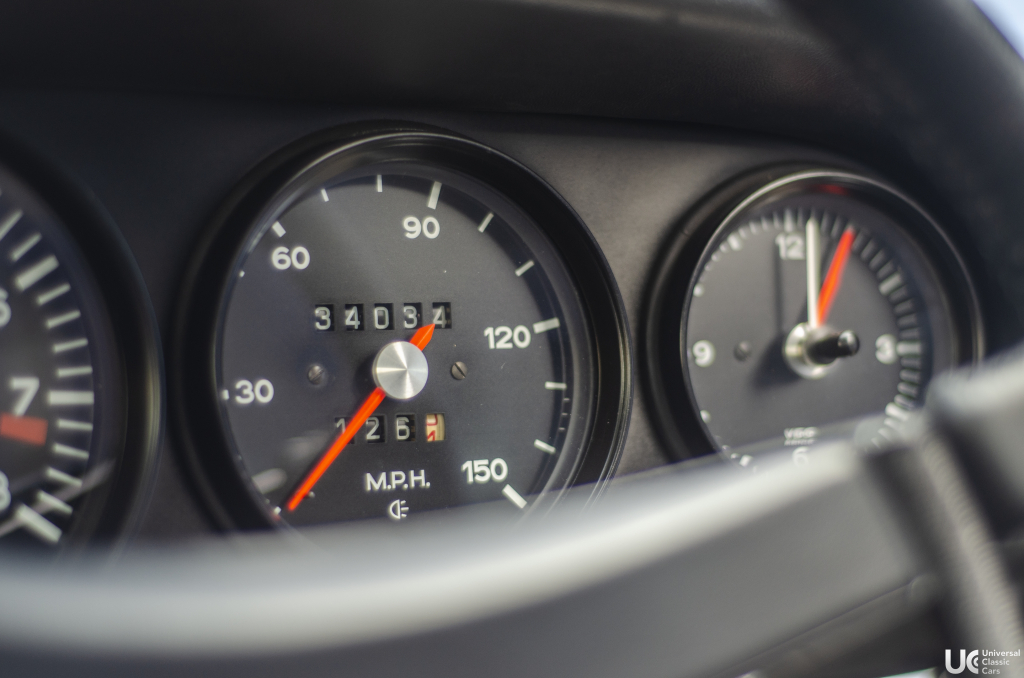 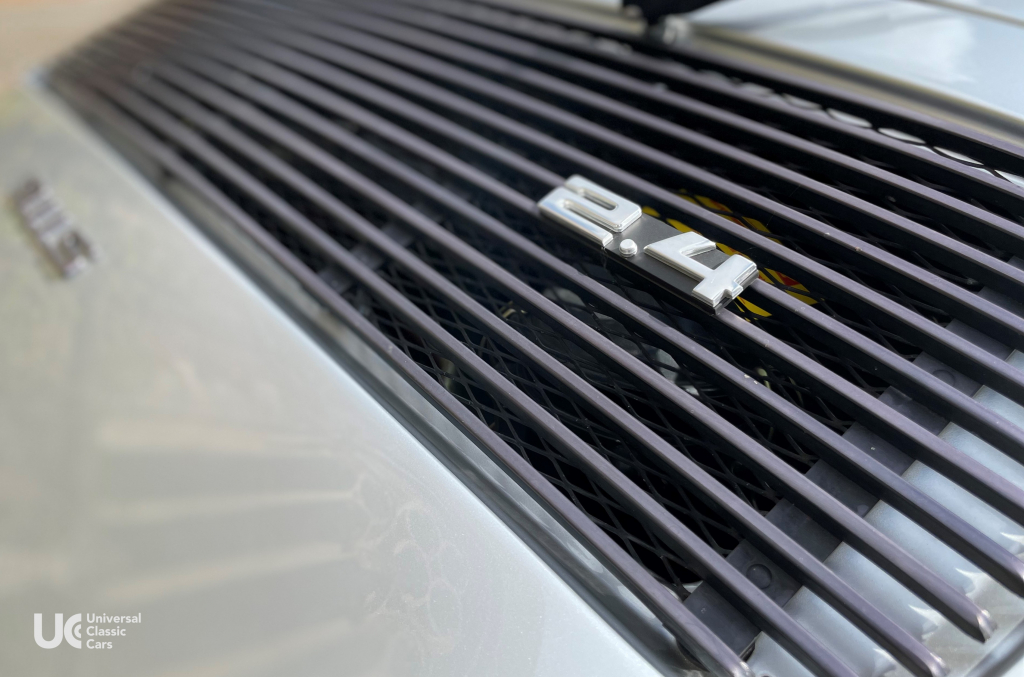 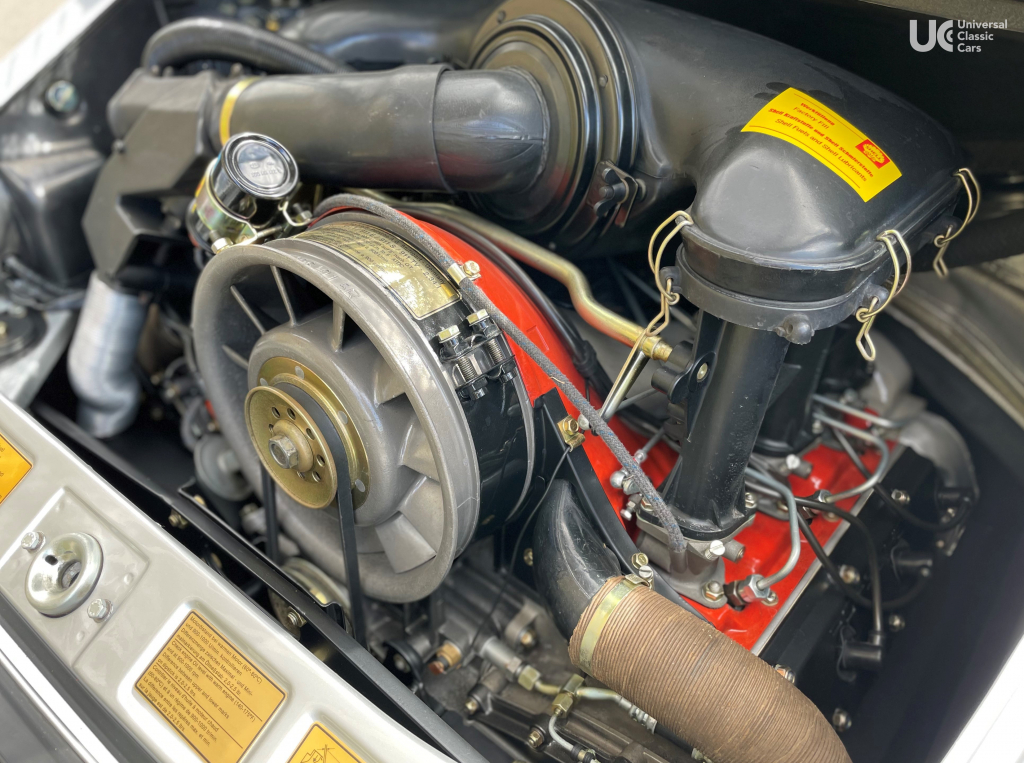 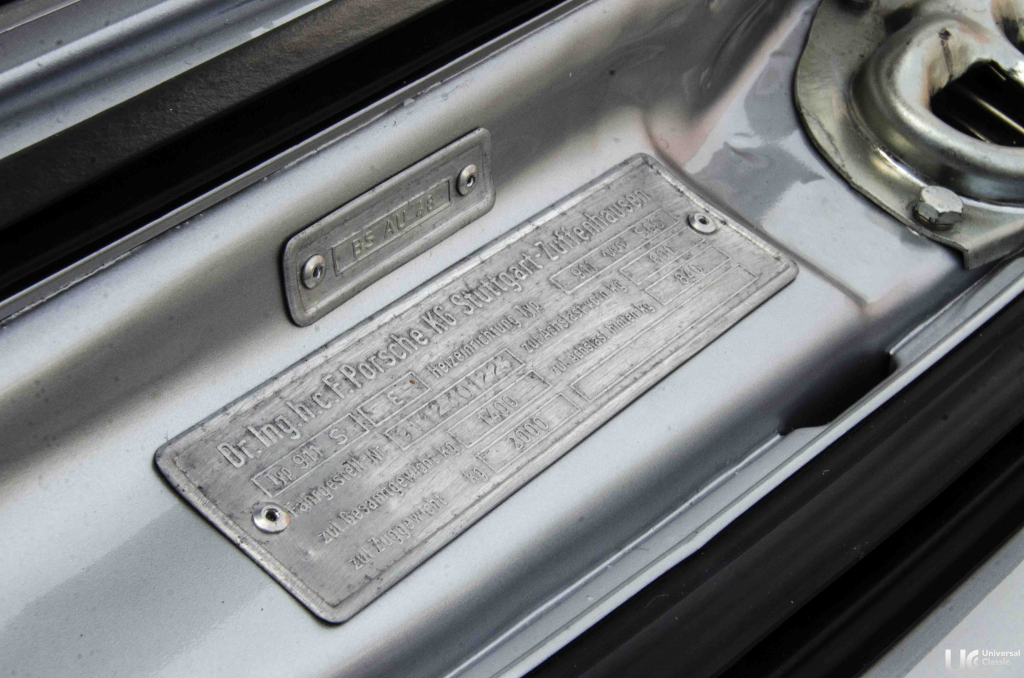 Big changes were made to the 911 line-up in 1972. Three models were introduced, the T, E and S, with the S being the fastest, producing 210hp, thus demanding a higher list price. New features included Bosch mechanical fuel injection, a new 5-speed transmission and increased torque capacity. It was transformed from a nonchalant sports car to a high performer. 1750 S Coupes were produced in 1972, made distinctive by their external oil filler behind the RHD door.

This stunning example on offer with Universal Classic Cars underwent a very extensive restoration that was completed in the summer of 2018 by ex. Porsche specialist, Shaun John, in East Sussex. A huge collection of documents details the whole restoration in its entirety, with estimated costs or circa £150,000, also including a complete collection of 1500 photographs of the restoration.

The car underwent a full respray, with new Porsche panels and wings, and was also given a different complete roof with a sunroof. Inside the car has benefitted from a full interior restoration, with felt pepper velour carpet, a new ivory sunroof headliner, and the steering wheel, dashboard and clocks have been refurbished. Mechanically no expense was spared in replacing parts for the engine, braking system, gearbox, clutch and more, and it is all detailed within the documentation. This is just a very brief mention of some of the work completed, and without seeing the car and its restoration documents it is hard to realise the extensivity of the work that has been completed to create this spectacular example.

The visible aspects of the car in as just an outstanding condition and appearance as the parts not so easy to access. Displaying 34034 miles, the car includes its original handbook and maintenance record and every step in its restoration has been judiciously mentioned within the documentation, clarifying the extensivity of the work that was undertaken. Since restoration it has been kept in dehumidified storage with ourselves, and was trailered to the Porsche GB Concours competition at Ragley Hall last year, where it came third.