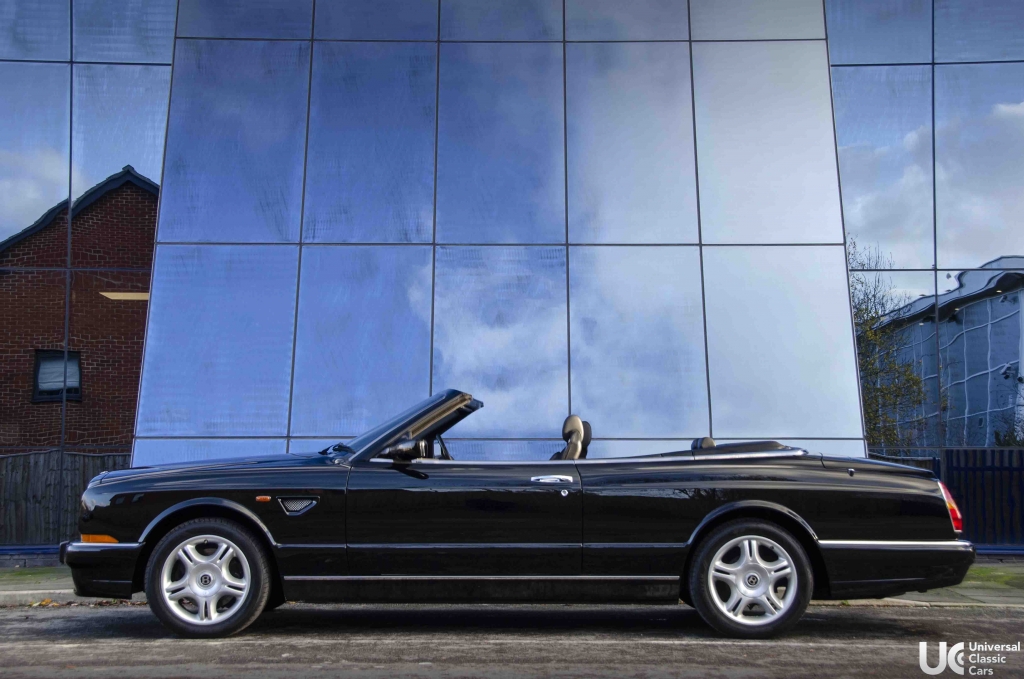 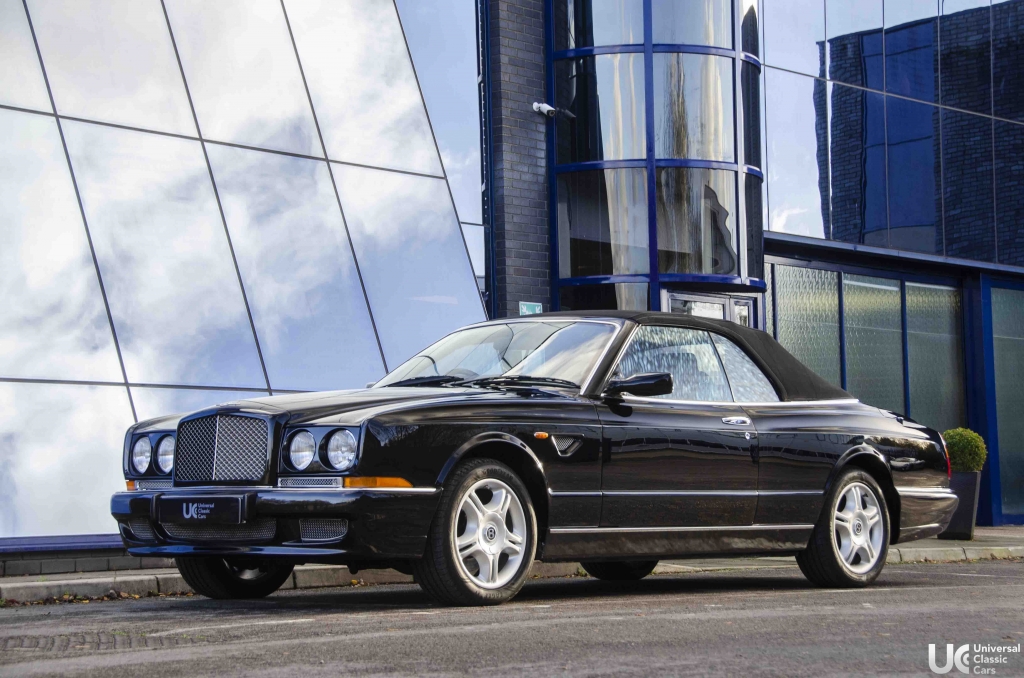 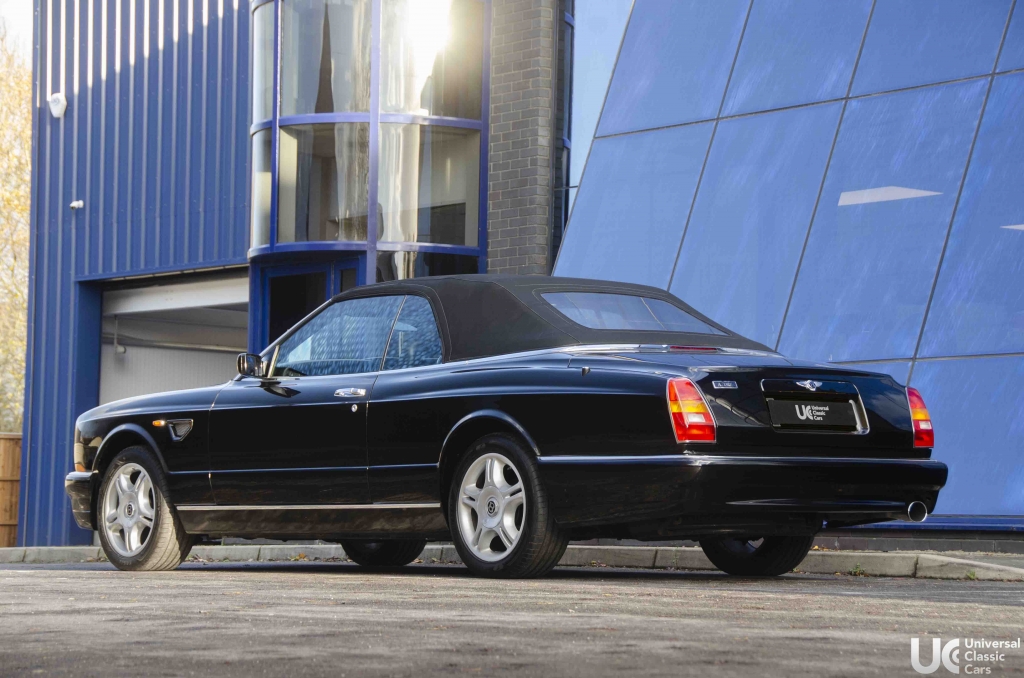 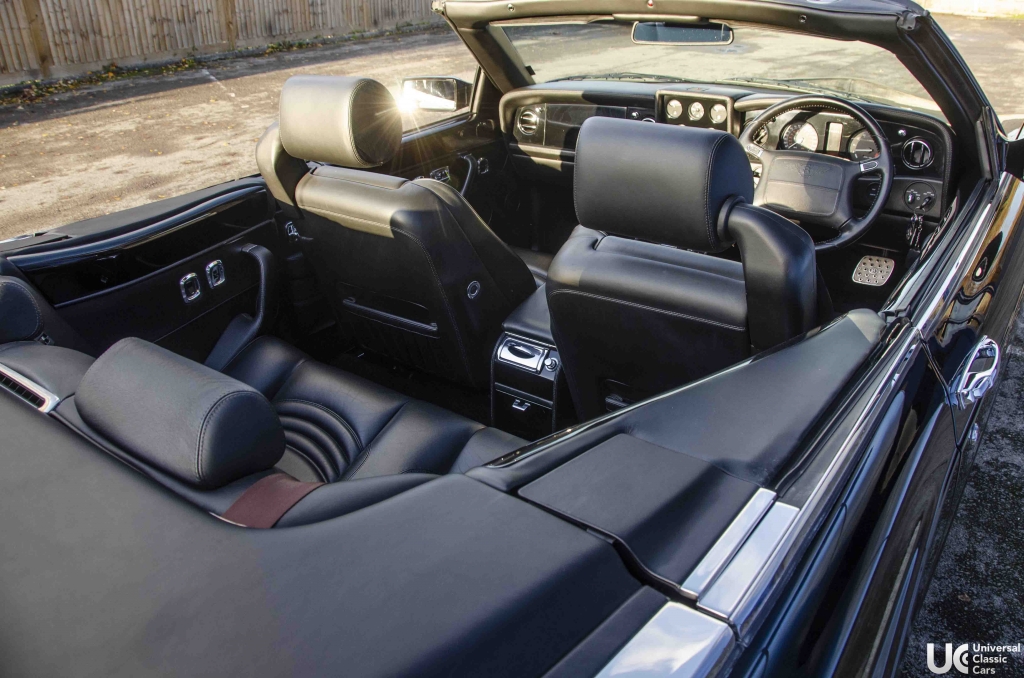 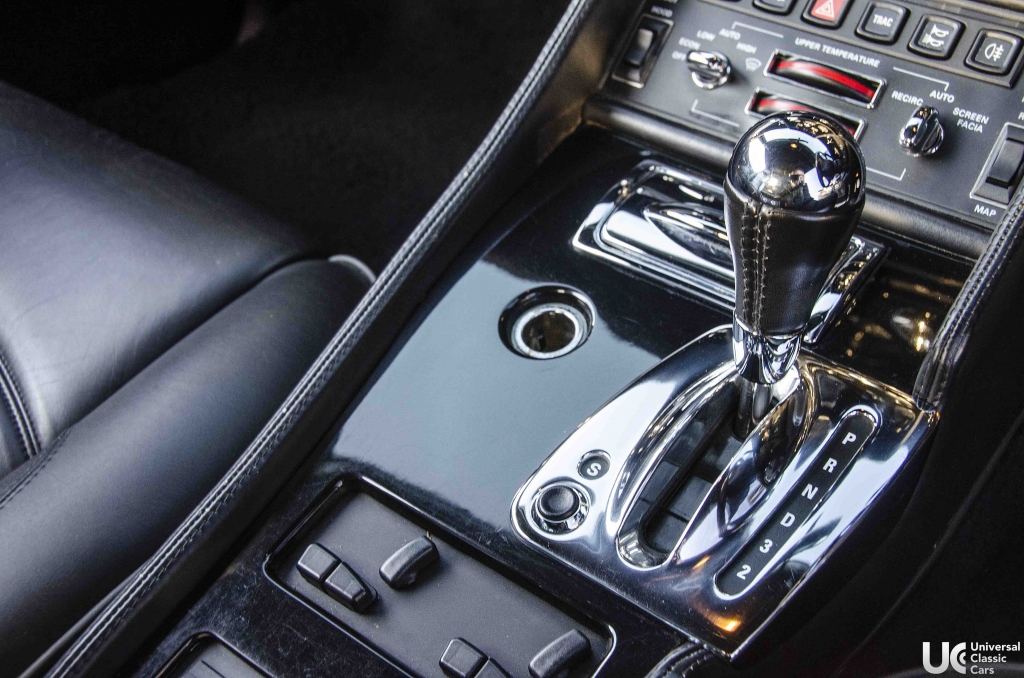 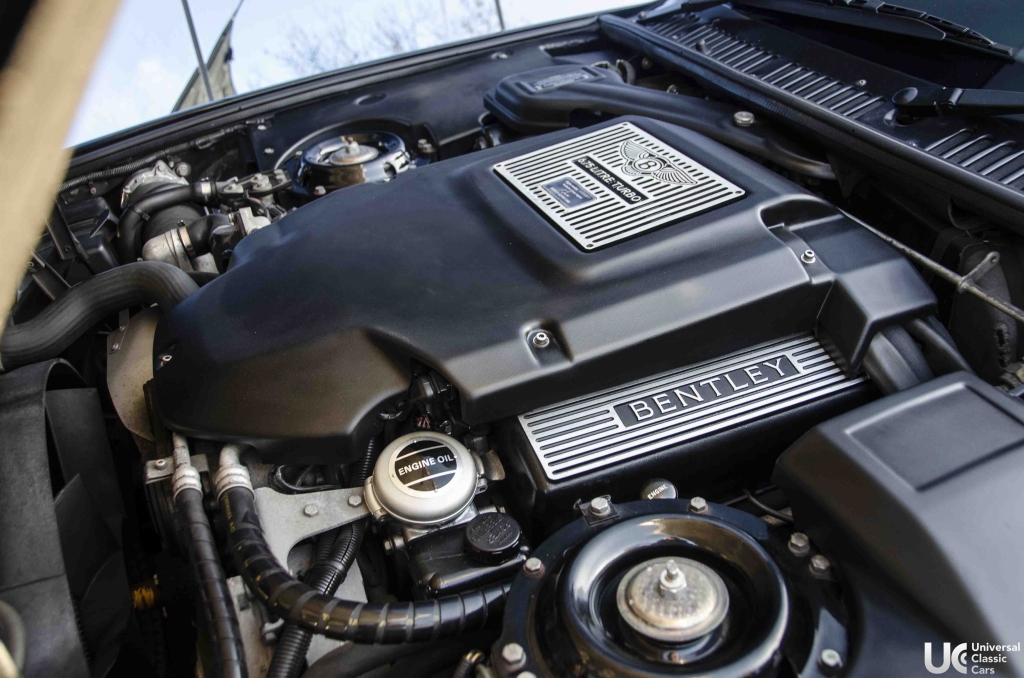 The Bentley Azure was a luxury convertible in production for 8 years after its introduction as the soft-top version of Bentley’s Continental R in 1995. Giving buyers the convenience of four good-sized seats combined with the luxury of top-down touring, it could also reach 60mph in 6.3 seconds. Italian coachbuilder Pininfarina assisted in both the design and manufacturing of the powered convertible top, which was created in such a way that a roll-bar was not necessary. Power from its 6.75 turbocharged V8 came out at roughly 360hp, which could propel the vehicle up to speeds of 150mph. Production numbers of the Azure came to just over 1400 examples.

The Azure that you see here is presented in a very desirable visual specification. Where some Azure models were finished with tan interior and now-dated wooden dashboards, this model combines black paintwork with a black soft-top and full leather black interior. Likewise, the dashboard and centre console are also finished in gloss black, appearing immensely contemporary for a car close to 20 years old. Contrasting with its black theme is a selection of chrome details including front grilles, window trims, ignition button and gear selector.

The vehicle is a model of low mileage at just over 41,000 miles and has retained its regularly stamped service book by Bentley & Rolls Royce specialists. This comes alongside a large history file and two sets of keys and fobs. A fine example of one of the fastest luxury convertibles of its time, in a specification that does not look out of place alongside models of today.