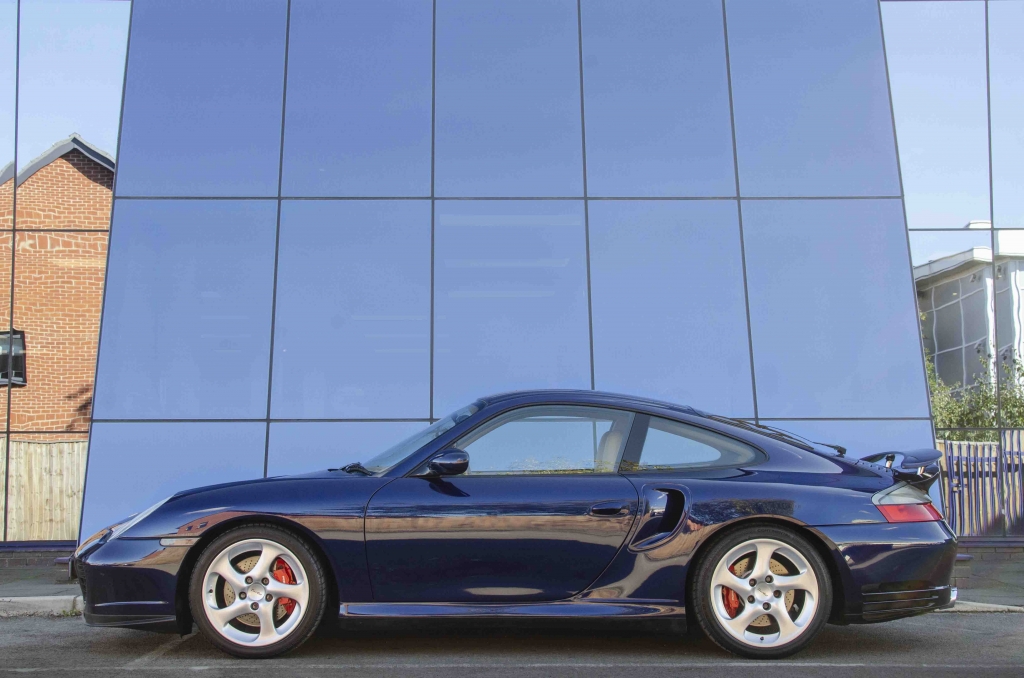 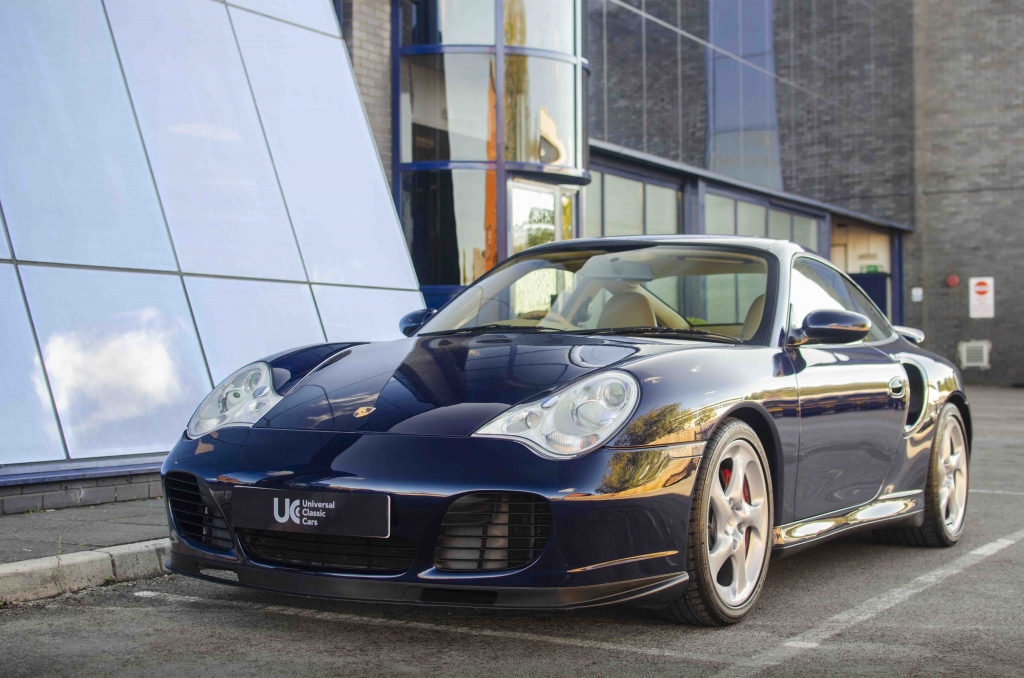 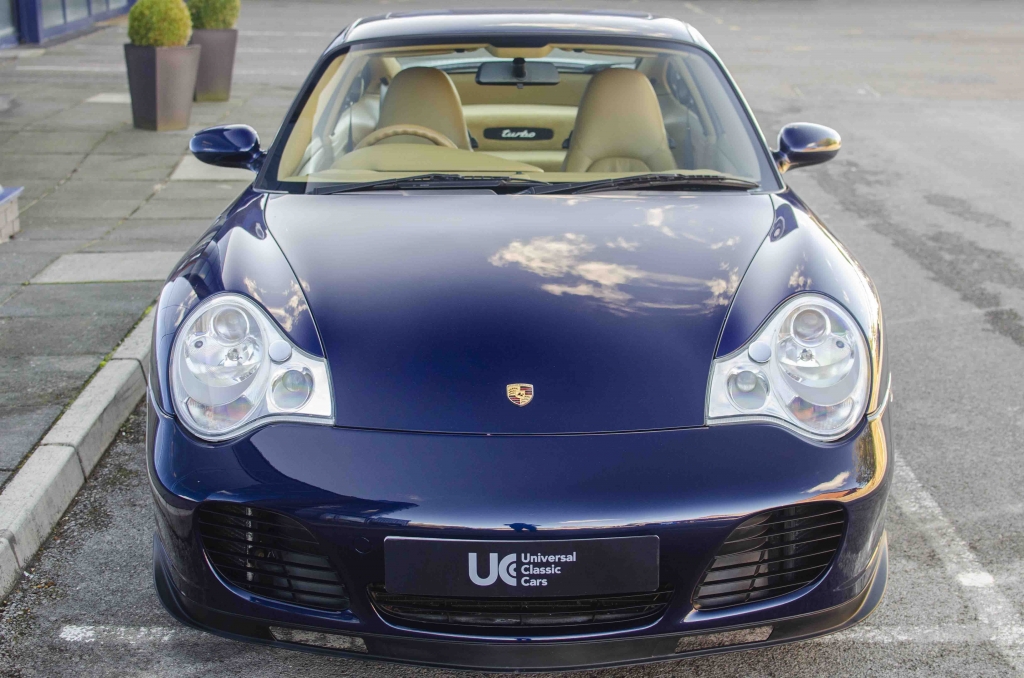 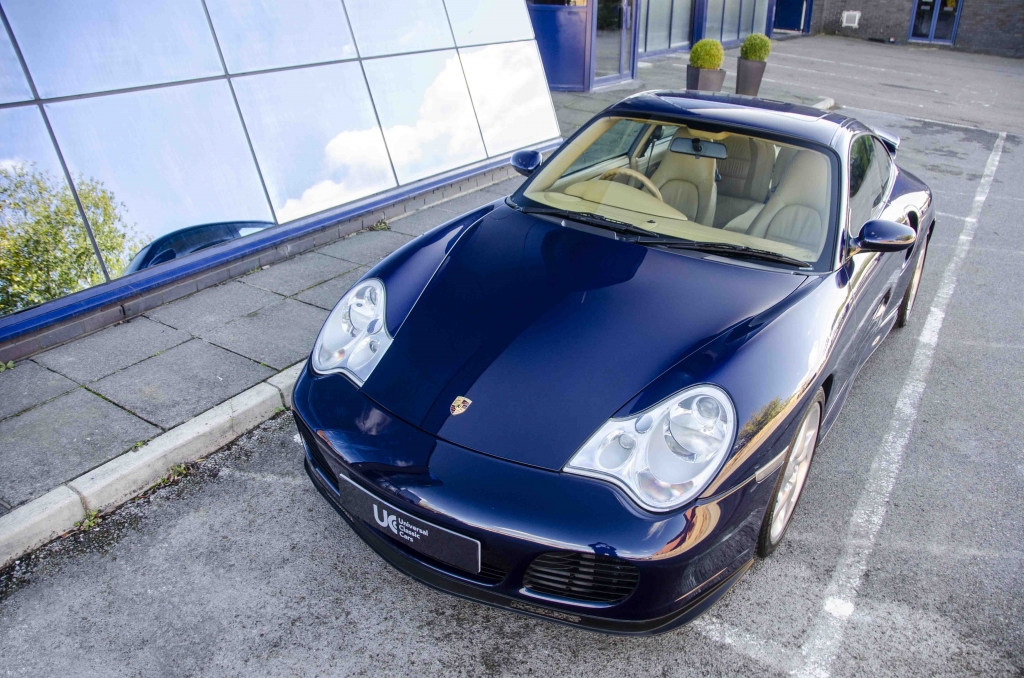 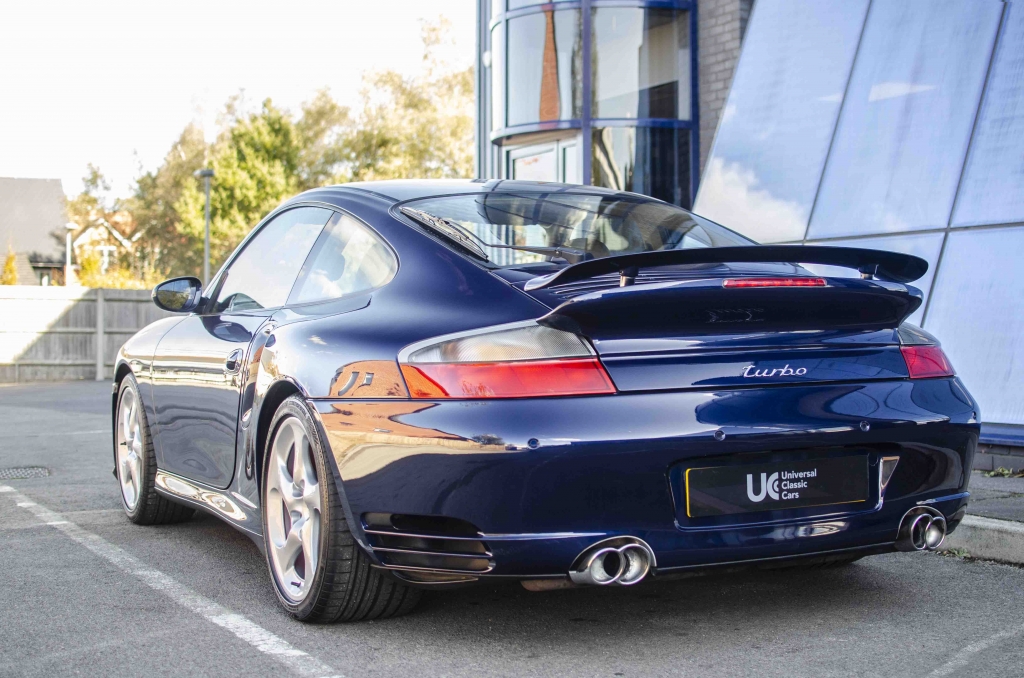 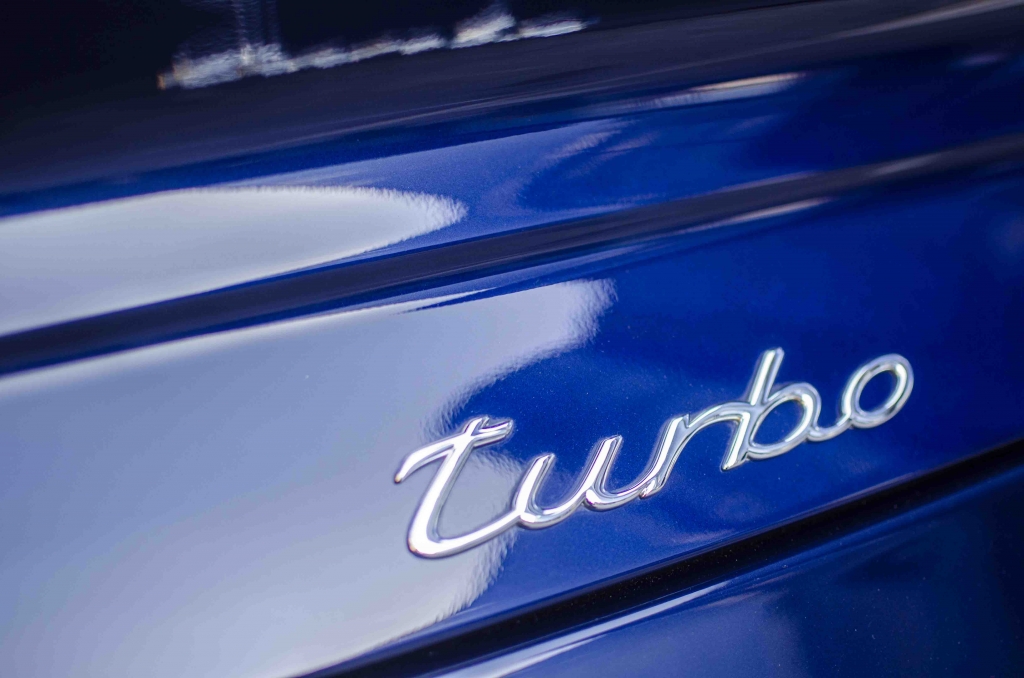 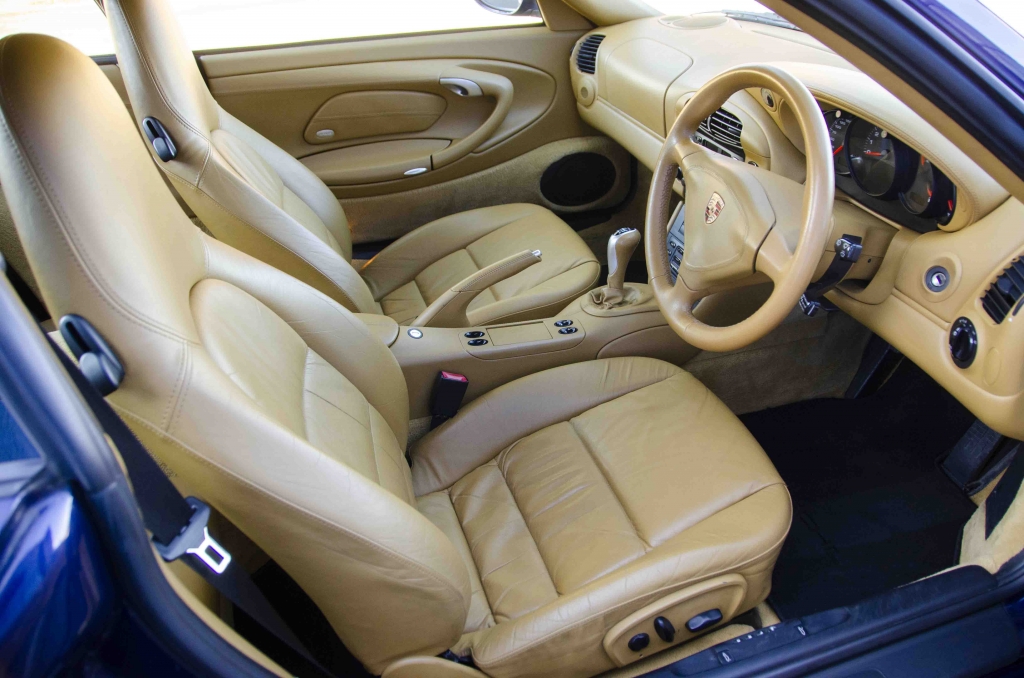 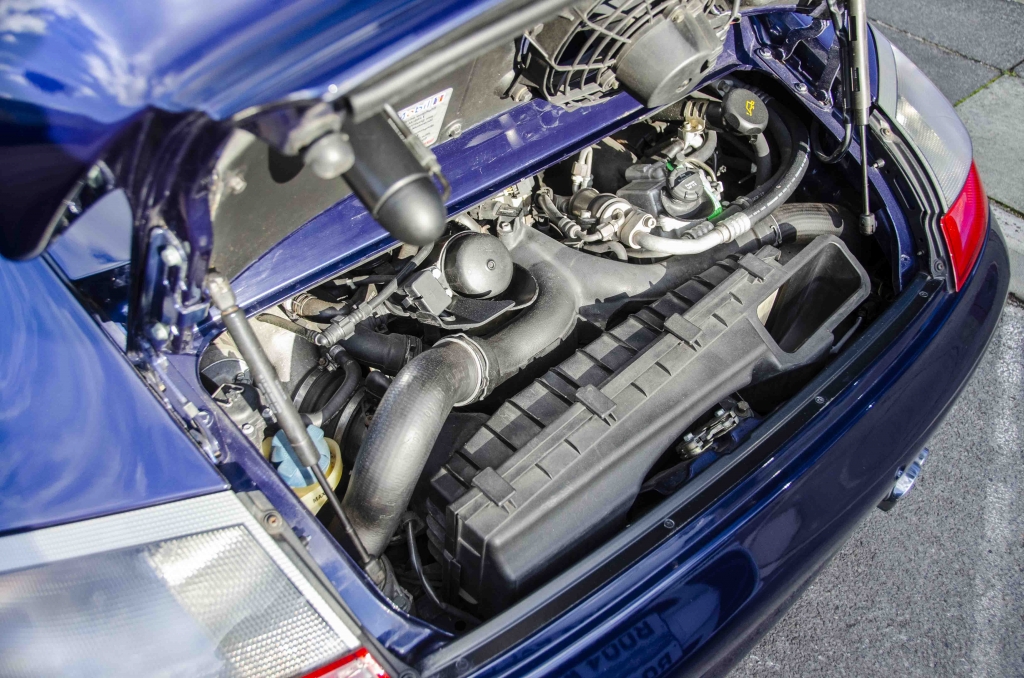 From the already legendary pre-2000 911 Turbos came a revolutionary improvement that was the 996 generation Turbo. This featured a superior water-cooled engine allowing for better heat dissipation and therefore higher revs and power. It also benefited from Porsche’s 4WD system, a first for the 911 Turbo. Additionally, the 996 models saw the introduction of a revolutionary new styling programme, involving radically revised interior and newly-shaped headlights. The redesign was more than just cosmetic as it also managed to be both lighter and 45% stiffer than the outgoing model.
The new 996 Turbo’s 3.6-litre twin-turbocharged flat-six could be traced back to the GT1 race car’s unit and provided 420bhp at 6000rpm. This created a 190mph comfortable, useable supercar capable of 0-60 in 4.8 seconds.
Whilst most 911s of this era are commonly finished in grey or black, the example that we are providing is presented in the stunning Royal Blue, which is beautifully contrasted against its spectacular tan interior. Features include heated seats, cruise control and driver’s side memory seat controls. The car is right hand drive and is all-importantly a 6spd manual, an extreme rarity on Porsches of late, and very desirably on a 996 Turbo. It comes complete with its handbook and service history detailing receipts from both Porsche Service Centres and Independent Porsche Specialists. It is presented in remarkable condition throughout as it has only covered just over 31,000 miles.