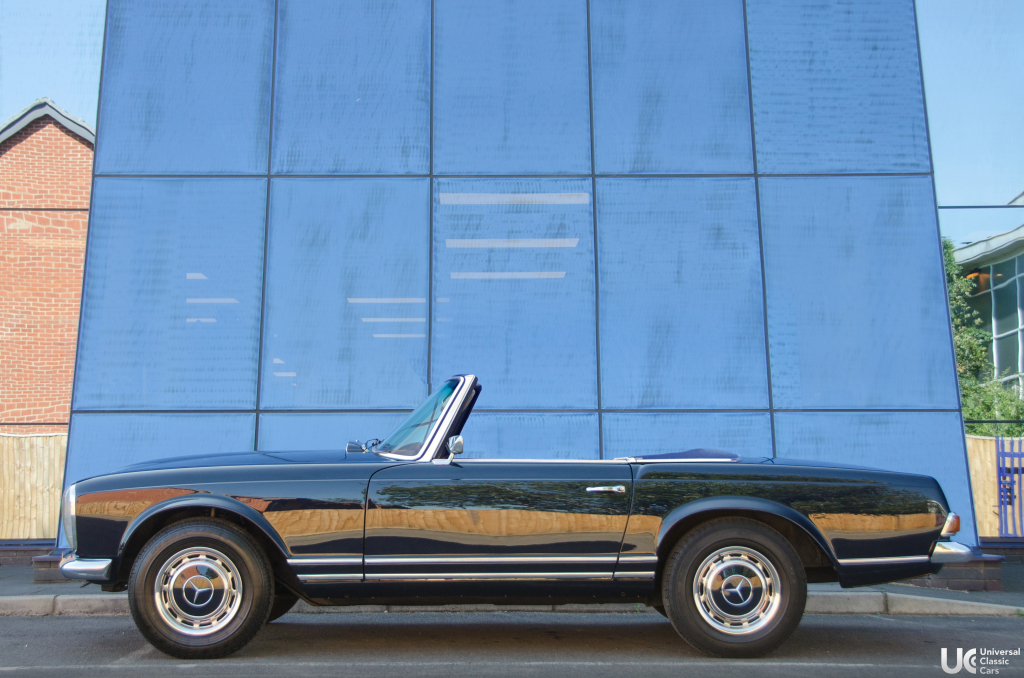 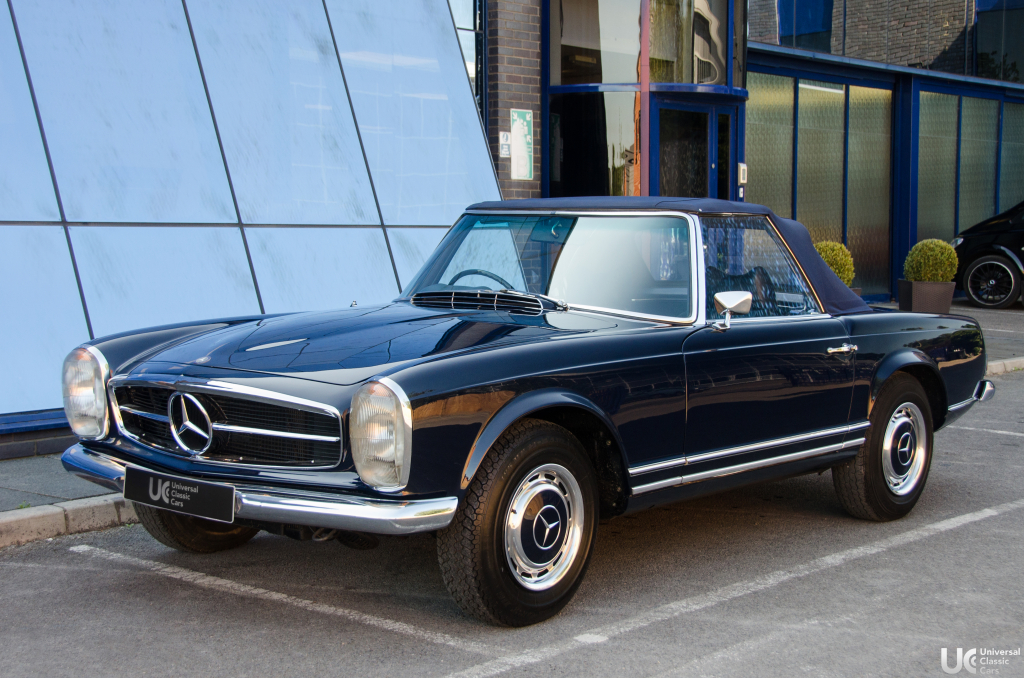 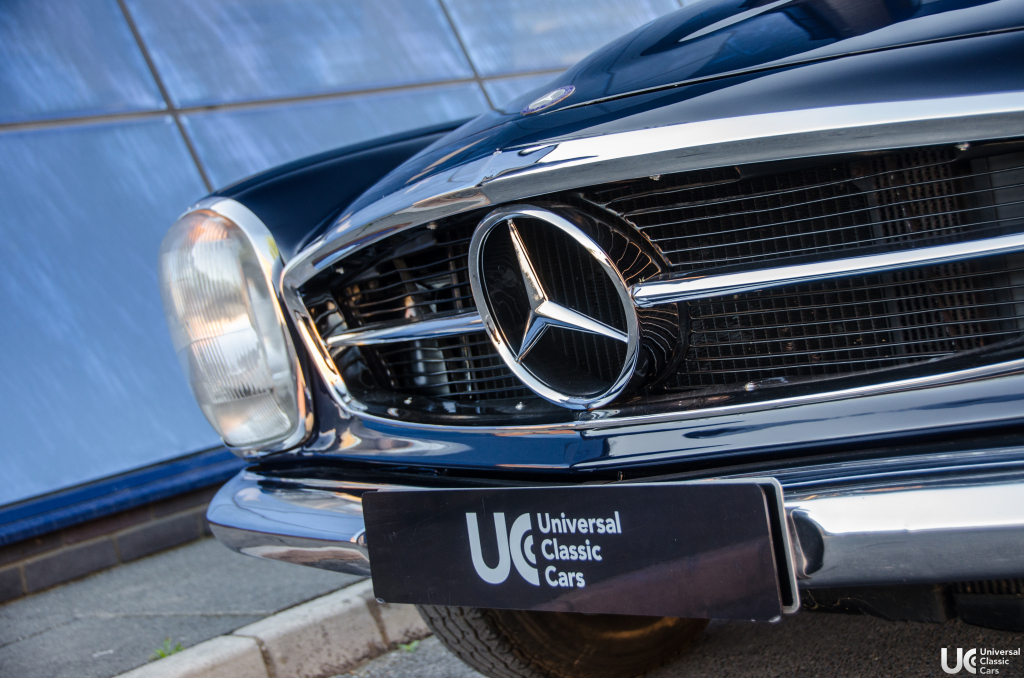 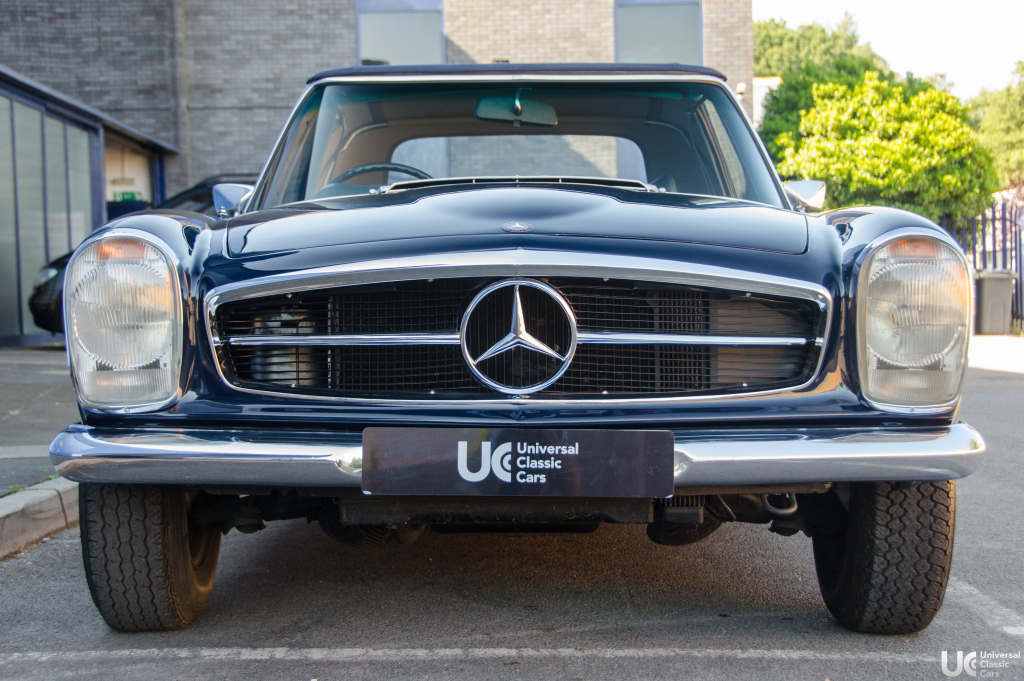 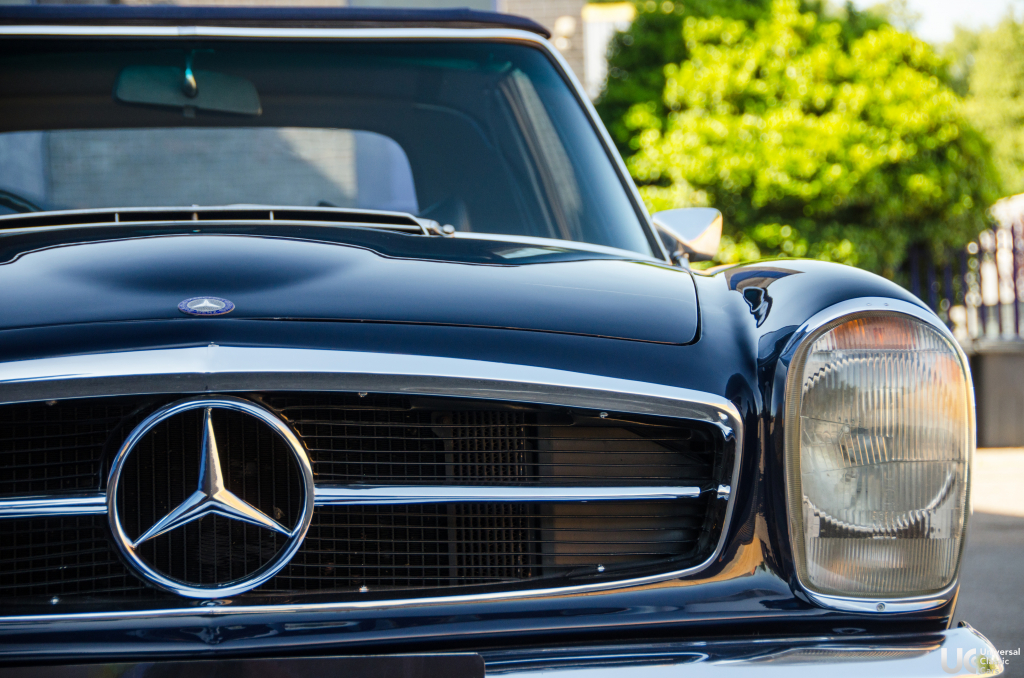 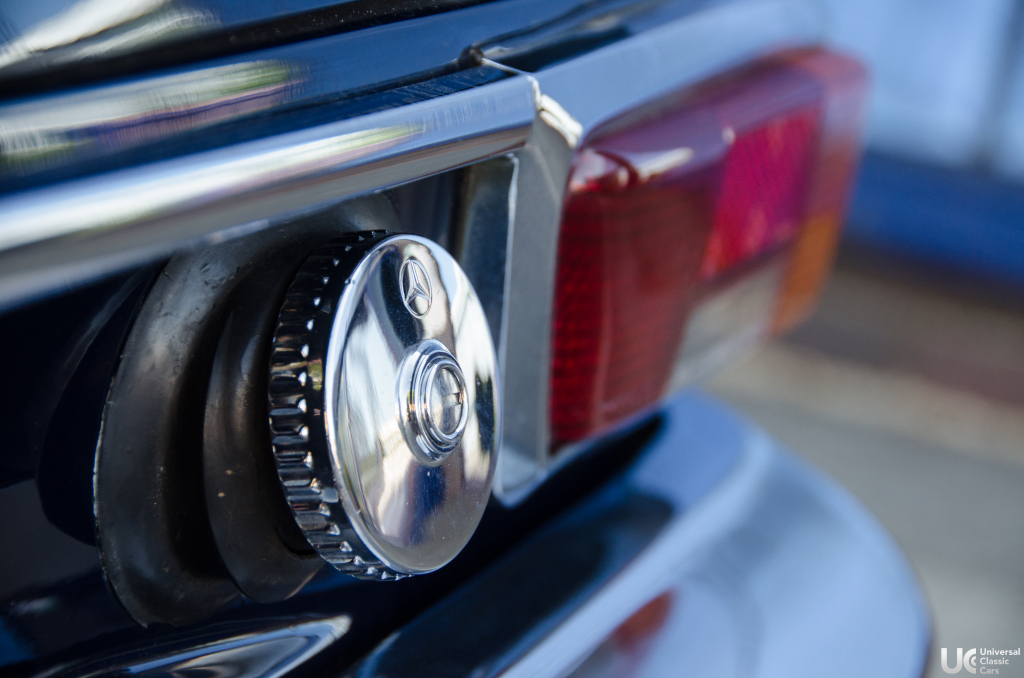 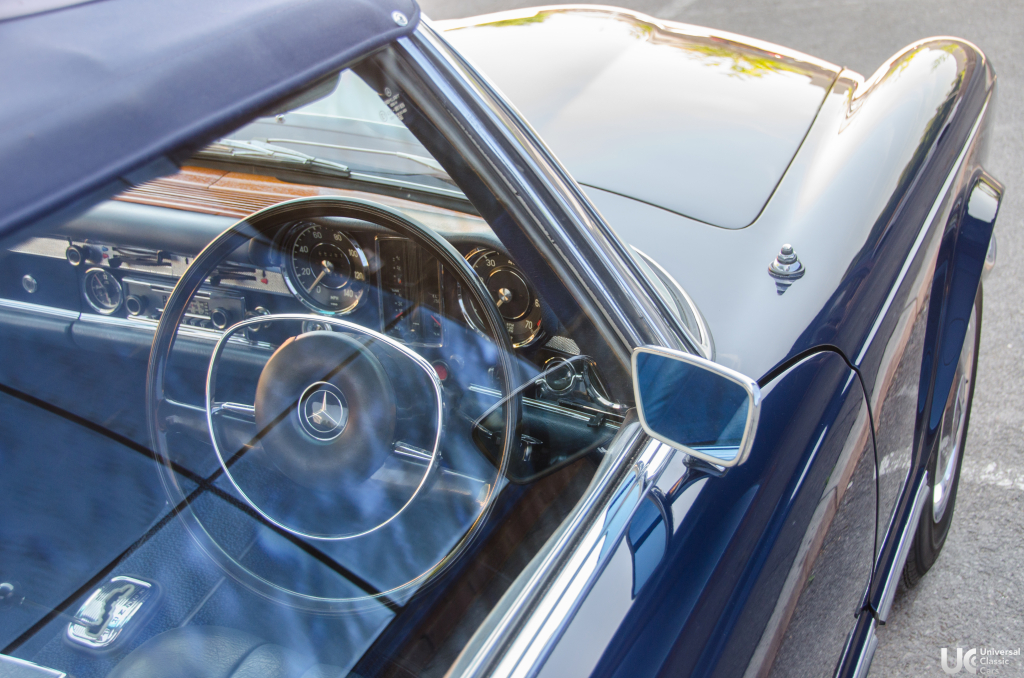 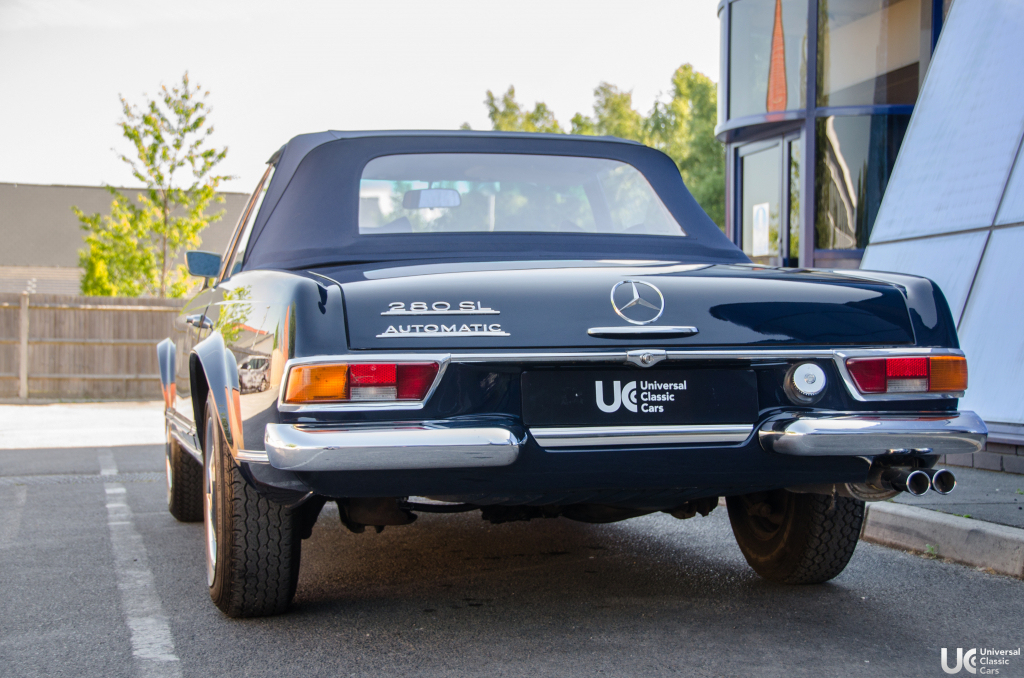 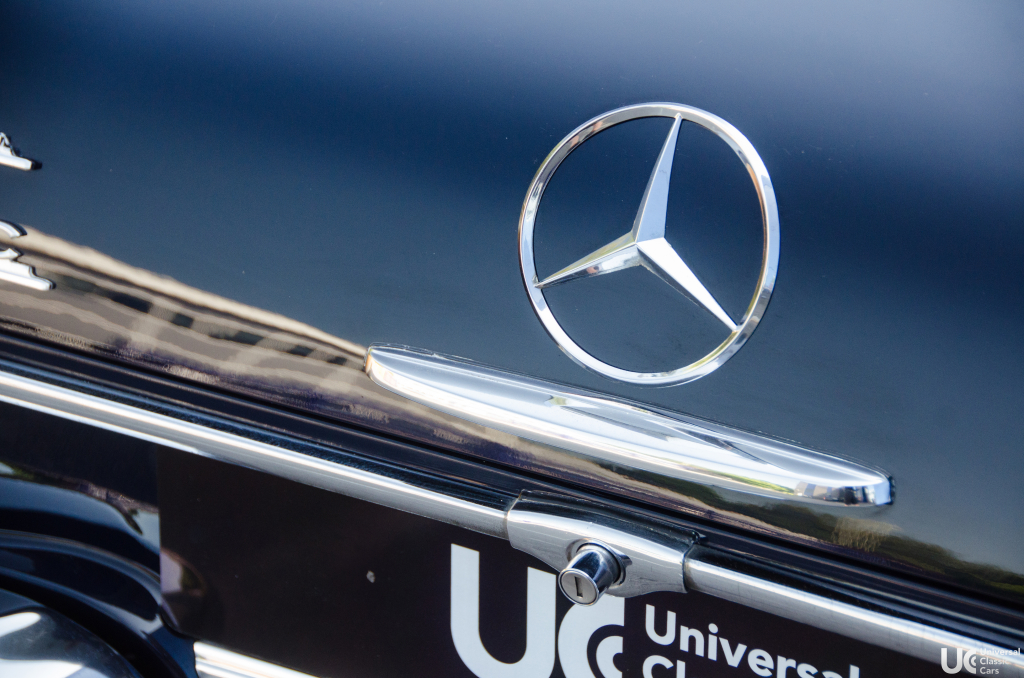 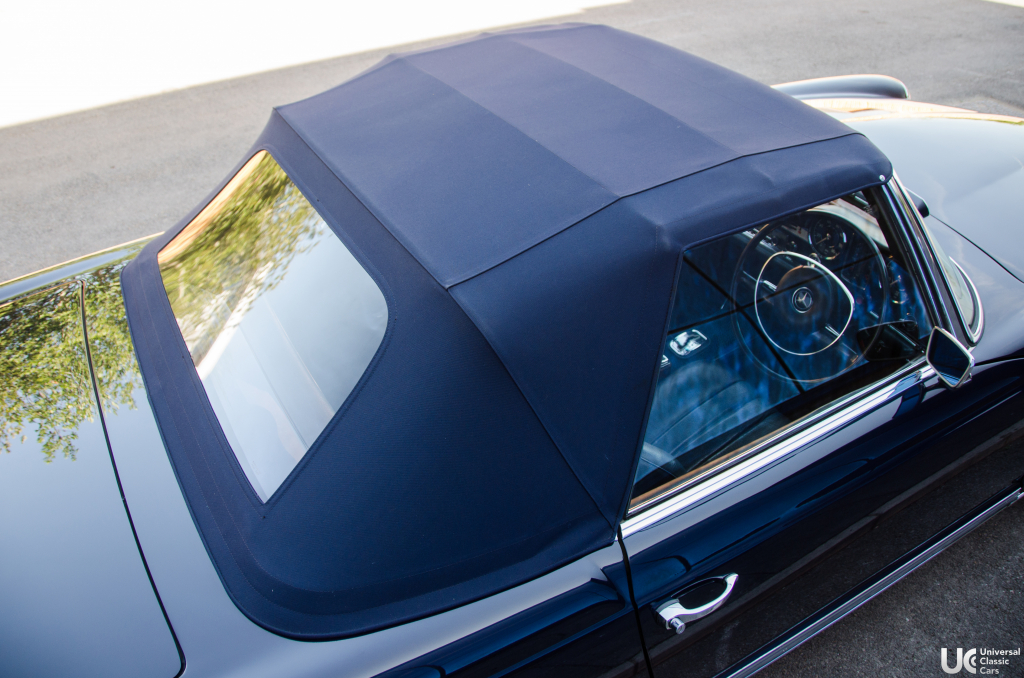 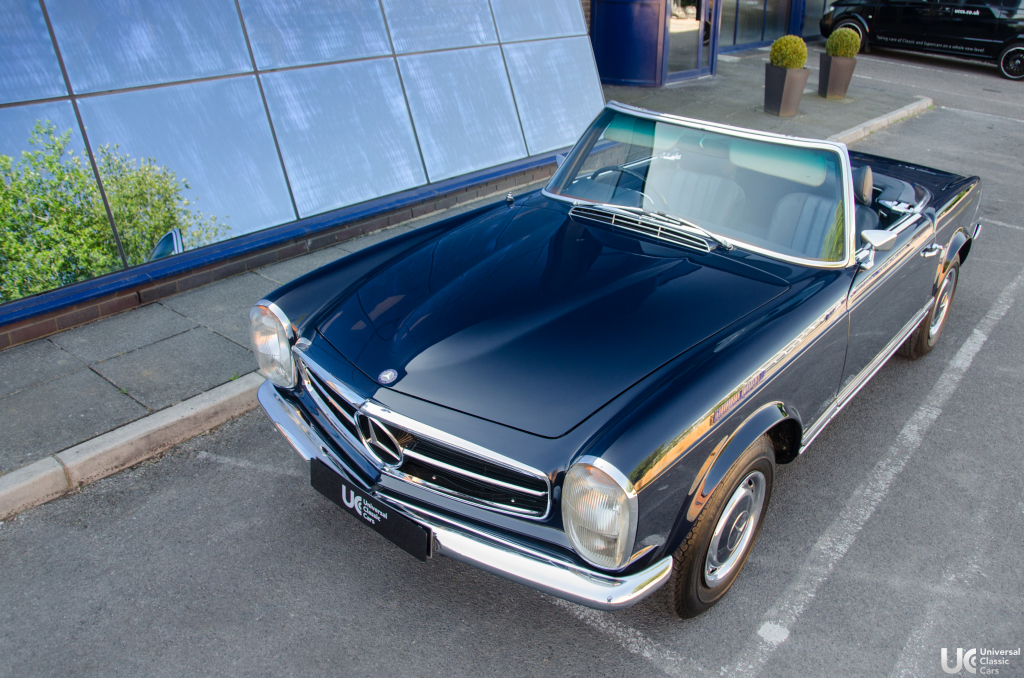 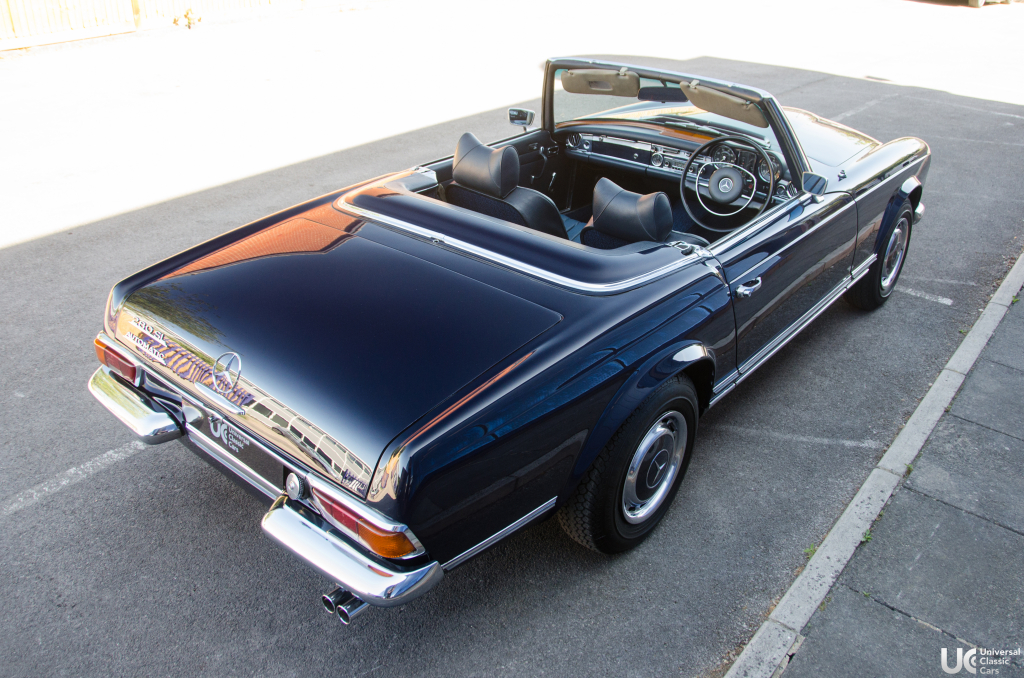 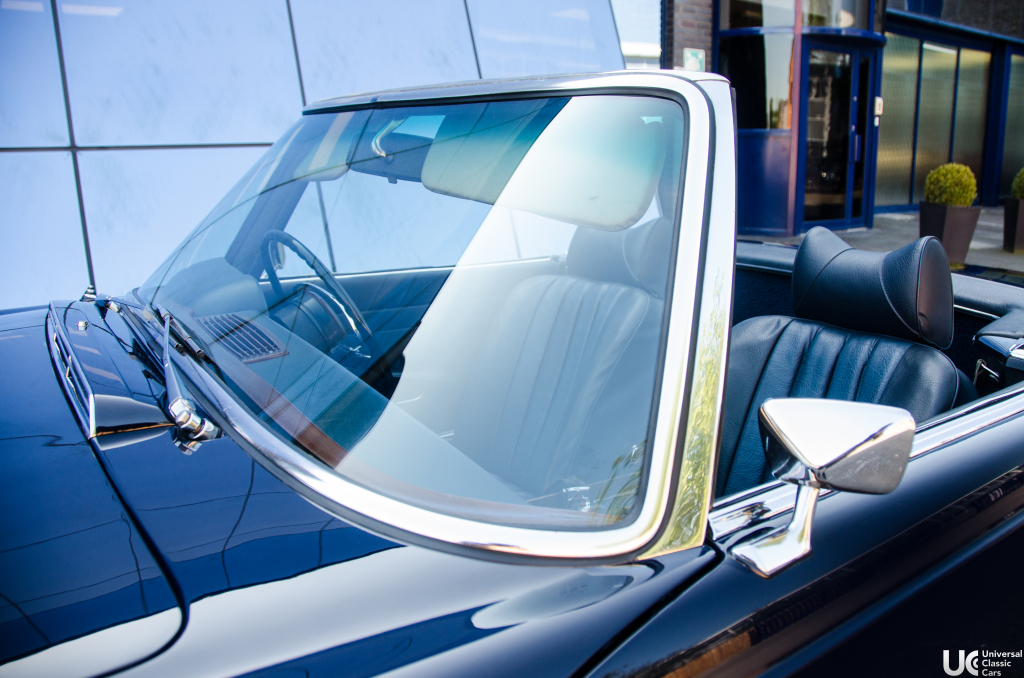 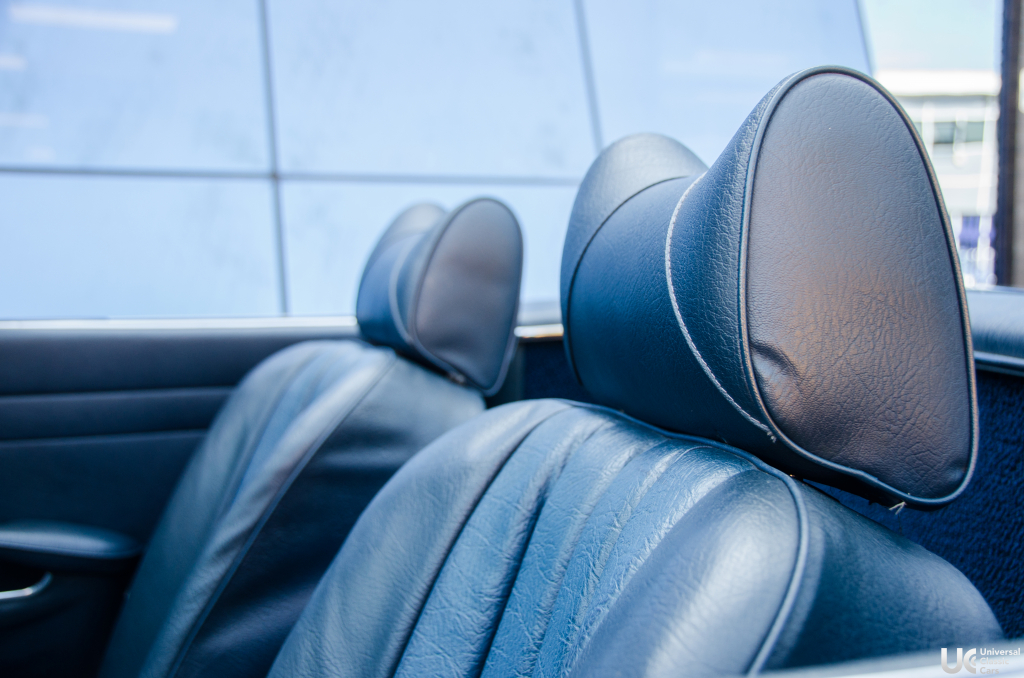 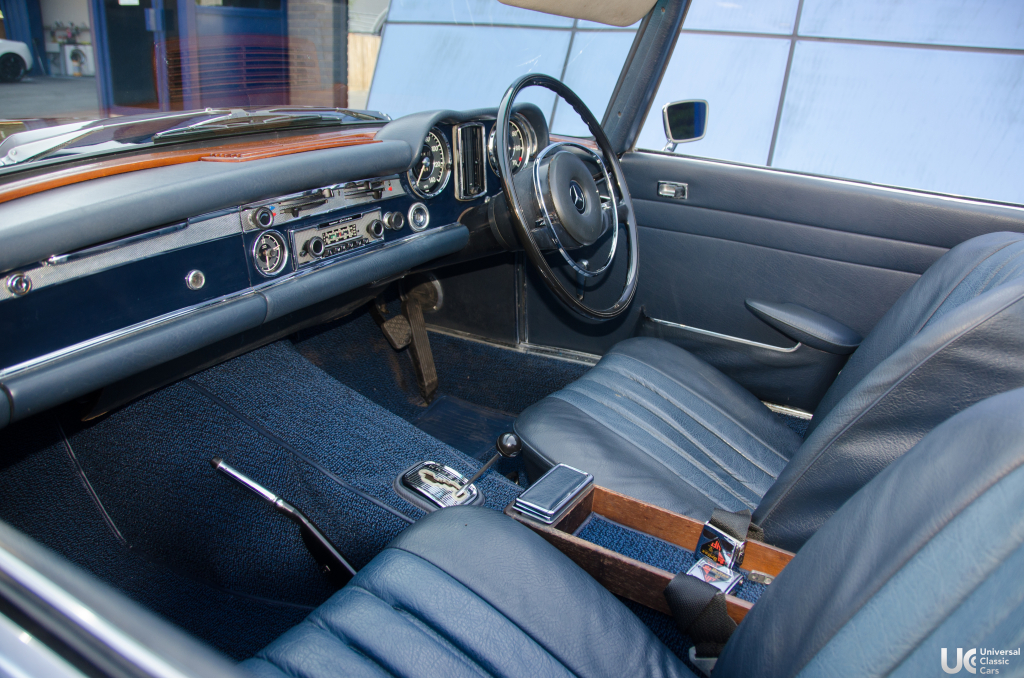 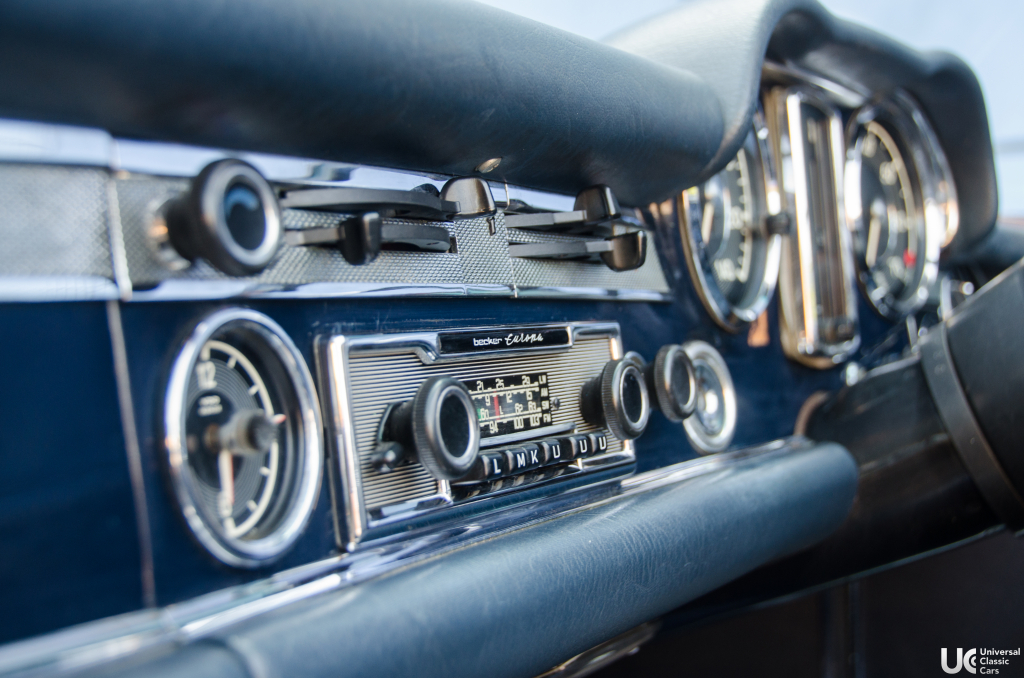 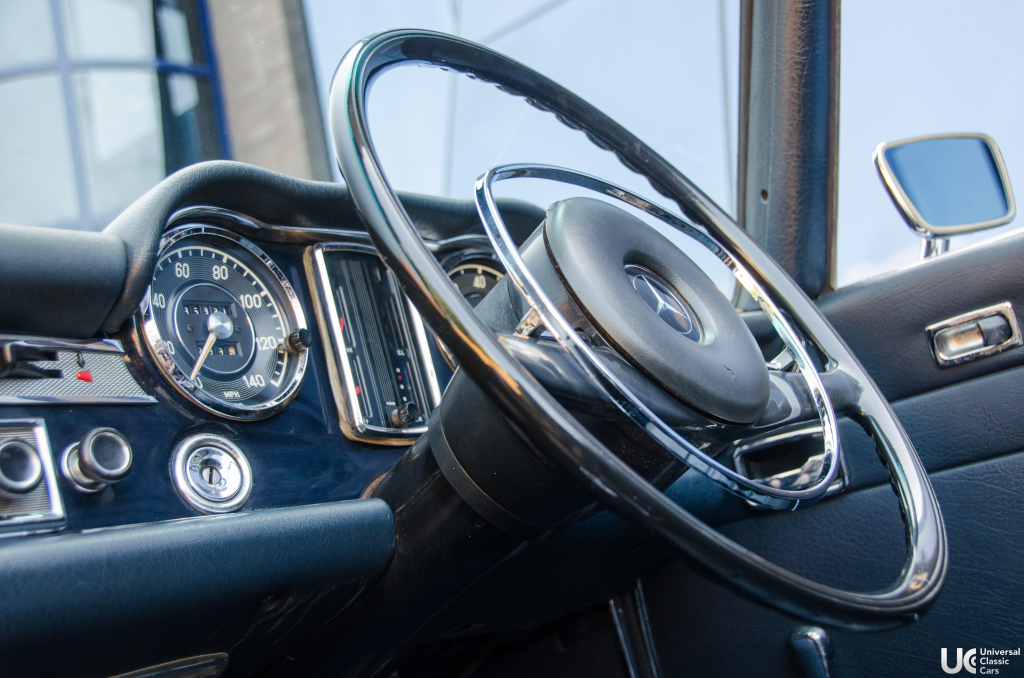 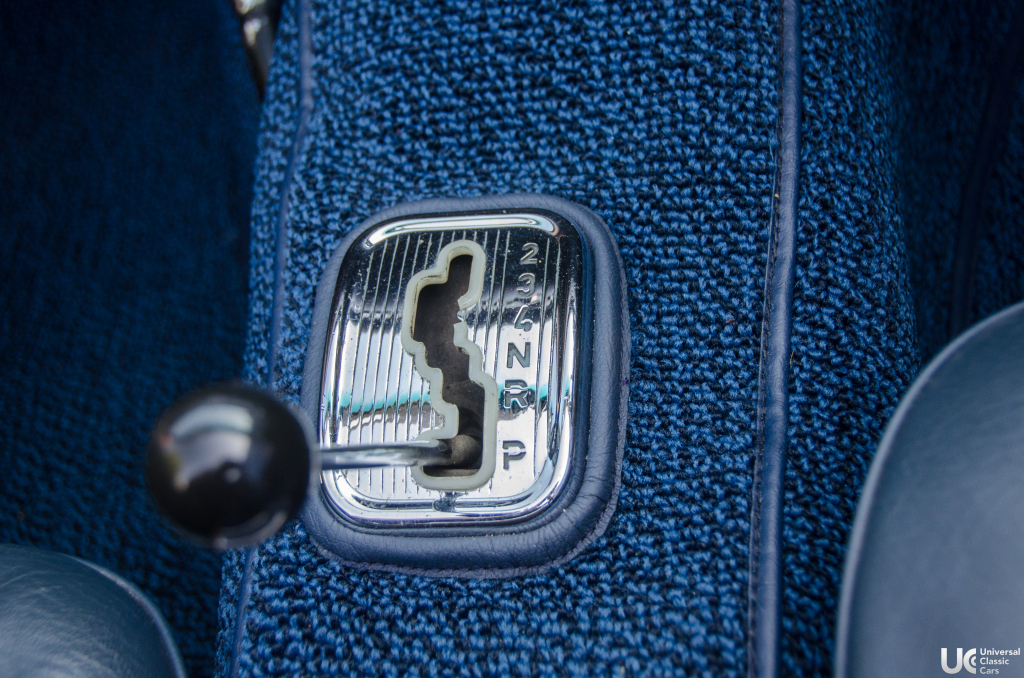 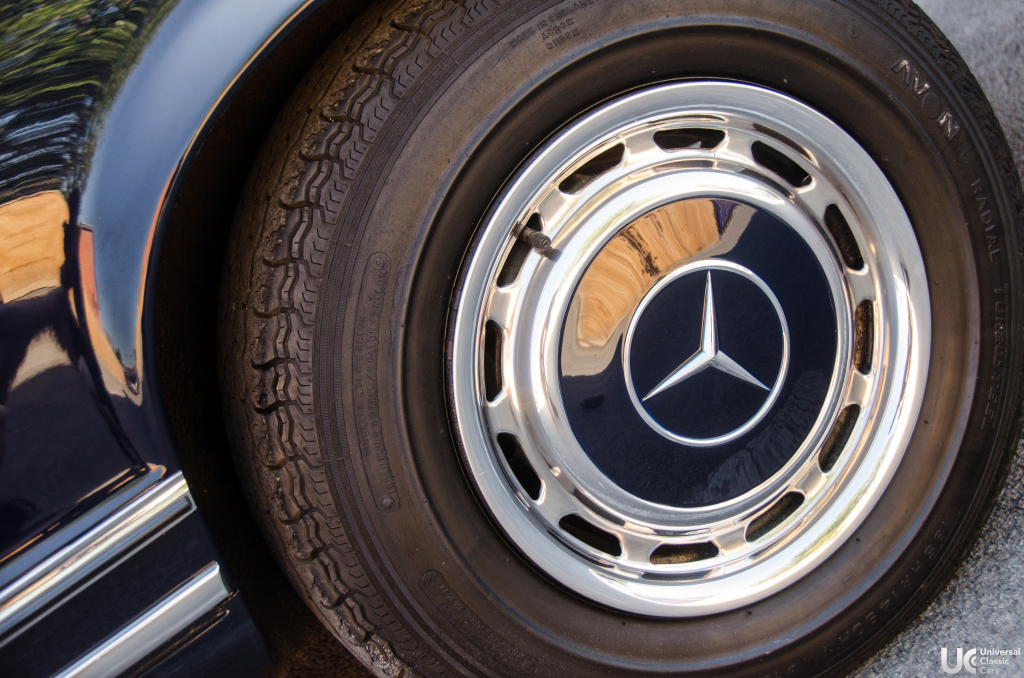 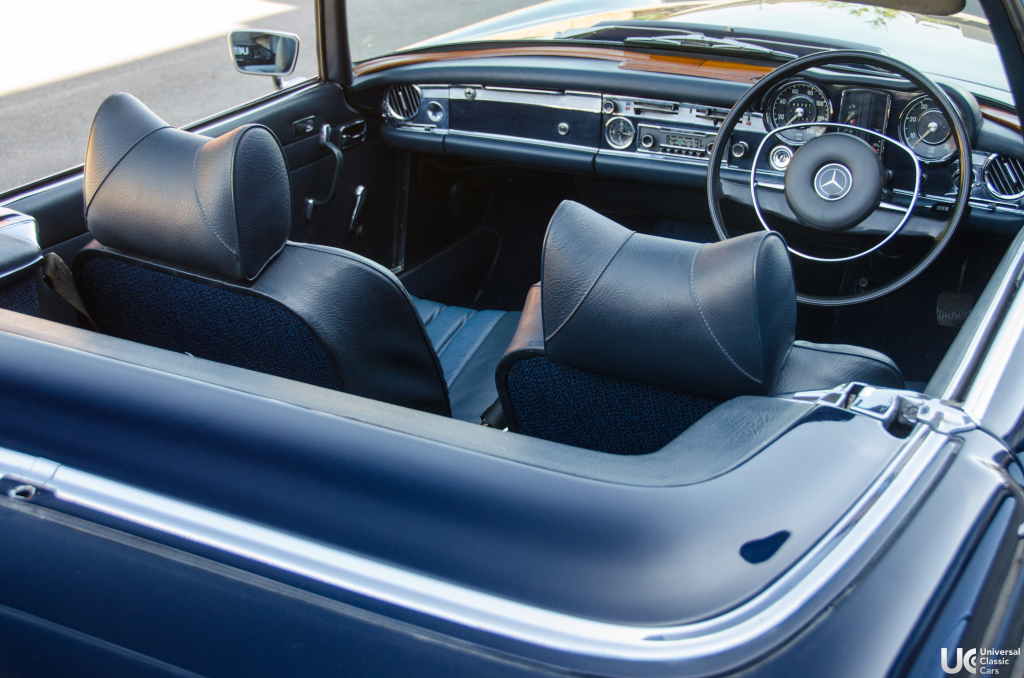 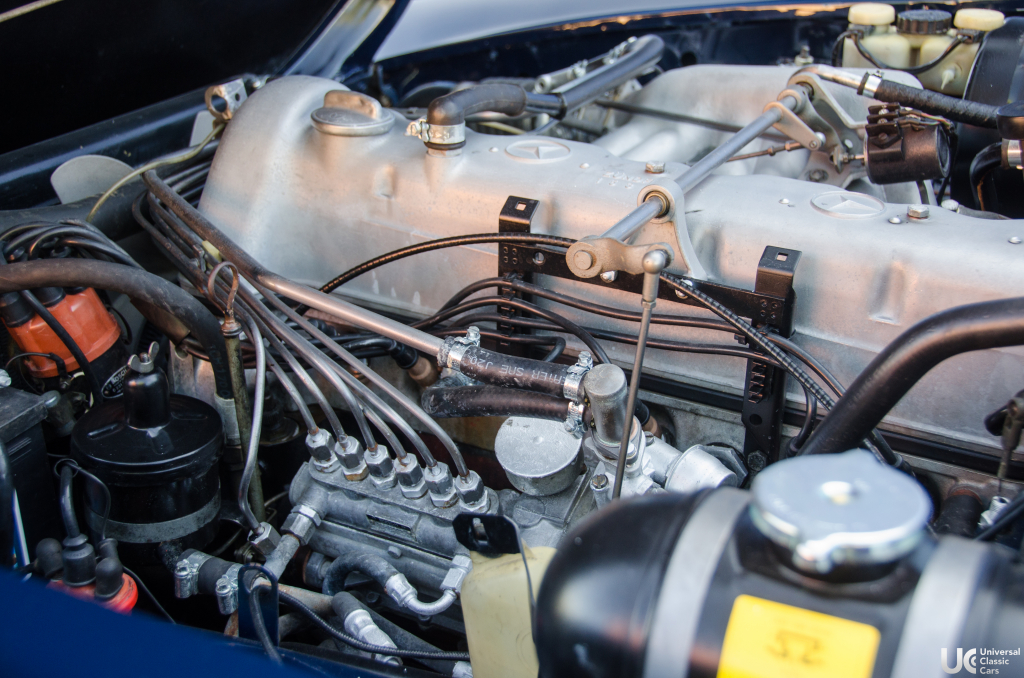 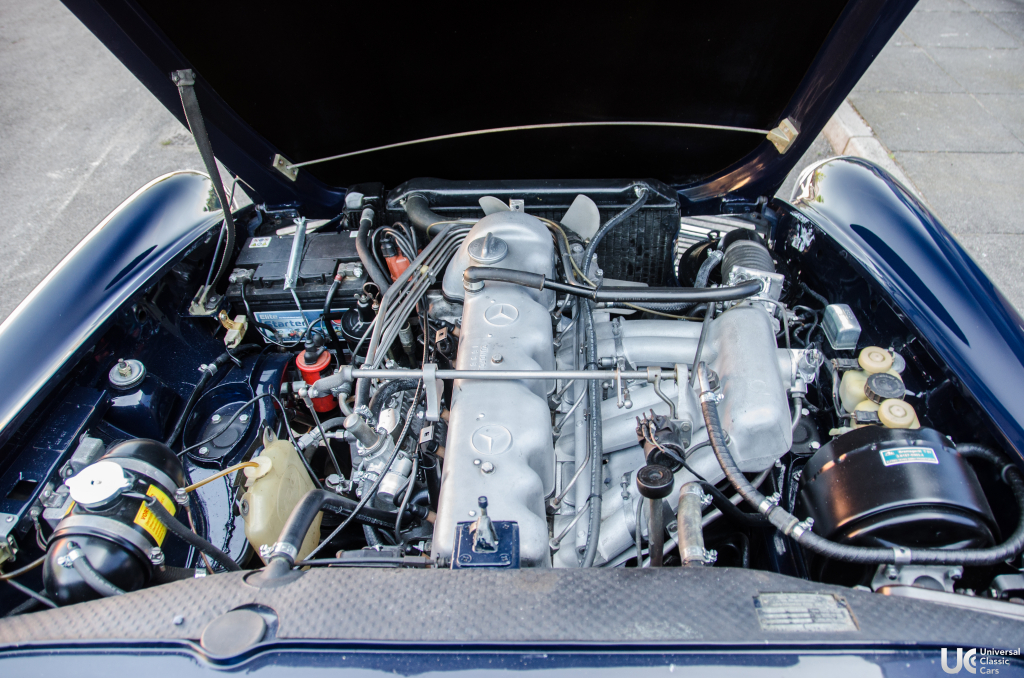 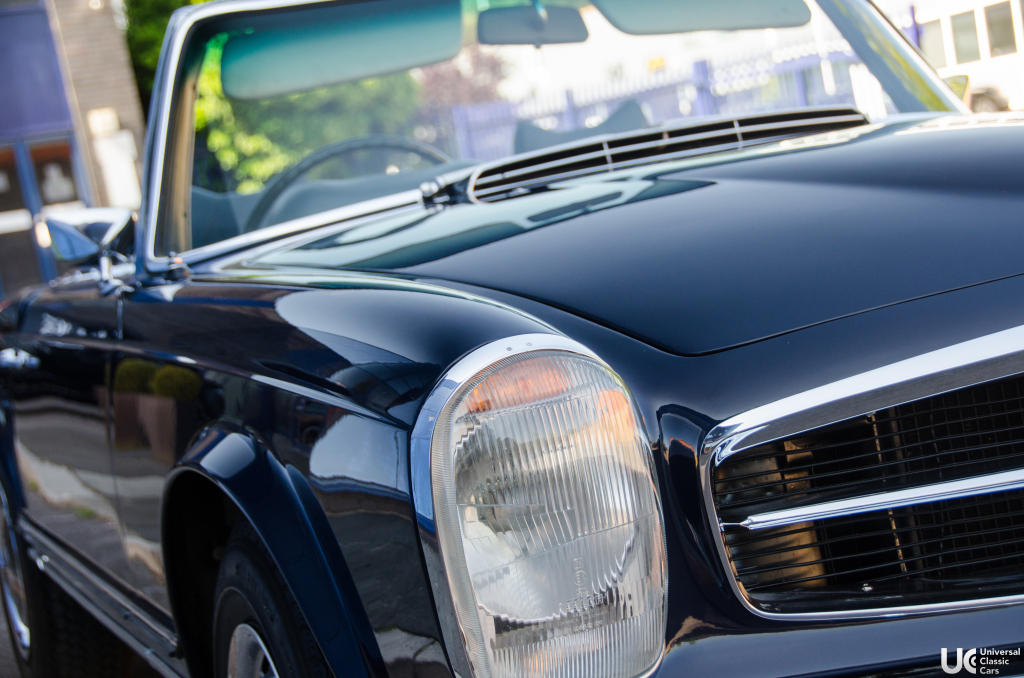 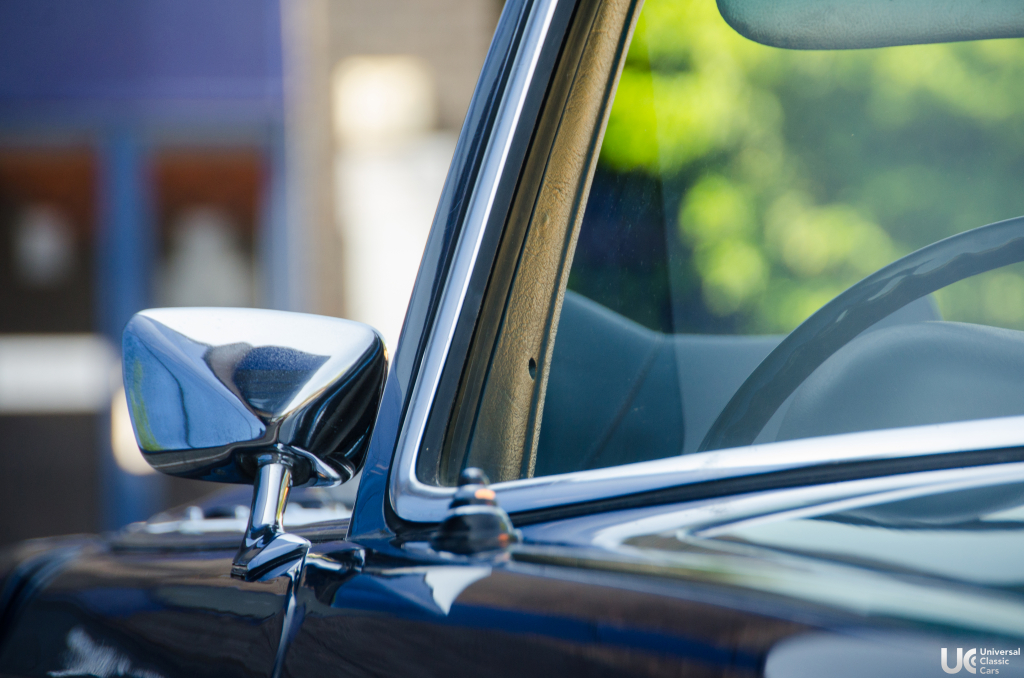 The original W113 280 SL started production in 1967 after its launch at the 1963 Geneva Motor Show and production ran until February 1971. It was more commonly named the ‘Pagoda’, a nickname that was given due to the unique shape of their removable hardtop. The car was given an upgraded 2778cc M130 engine, which improved performance by increasing bore by 4.5mm (0.2 in), requiring pairwise cylinder casts without cooling water passages. This provided 170hp and 180lb.ft (244N.m) maximum torque. To guarantee their power specification, each engine was bench-tested for two hours prior to being fitted to the car.
The W113 280 SL was the last car to use the famous SOHC M180 inline-six, before it was replaced by a new DOHC M110 inline-six in the later European 280 SL models from 1974 onwards.
This particular model is an Automatic, is offered in stunning condition and comes with its original owners’ manual, stamped maintenance booklet and parts catalogue, along with a vastly documented service history. The two roof removal pins are present in their casing, and the original hardtop is in fantastic condition as well. As half of the 280SLs were destined for the US market, this is a great chance to own one of the last of the iconic classic SL-series Mercedes.